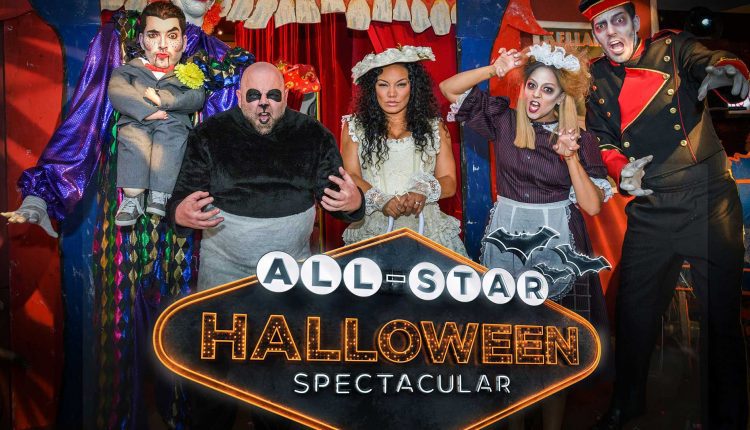 There are only a few types of people in the word: those who bask in the summer months, those who can’t wait for summer to end and cooler weather to return, and those who start counting down the days to Halloween as soon as August 1st hits. There are plenty of foods and products that have already begun announcing their pumpkin spice take over, a trend I hate more than starting Christmas 3 months early. Now it seems the Food Network has decided to tap into the fans who are patiently waiting for spooky season to return, recently announcing their Halloween Themed Programming.

Food Network said in a recent press release about the lineup:

“Food Network and discovery+ are the go-to destinations for out of this world Halloween-themed programming, getting viewers into the spirit of the holiday with edge-of-your-seat competitions and mind-blowing edible creations. This year’s Halloween event features a new season like no other of Halloween Wars with paranormal investigator and Ghost Adventures star Zak Bagans lending inspiration to the challenges, Halloween Baking Championship with host comedian John Henson and Outrageous Pumpkins with host actress Alyson Hannigan, plus, new specials Road to Halloween Wars, Kids Baking Championship: Oh My Gourd!, and Worst Cooks in America: Halloween Redemption 2, along with themed episodes of the recurring series.”

Having now partnered with Discovery+ the network announced a packed line up of shows both food related and paranormal themed. As stated in the announcement, the new episodes of Halloween Wars ramps up the spooks by adding Zak Bagans, with 8 teams baking incredible cakes battling it out for $25,000 grand prize. The show starts early this year, with its first episode airing September 19th at 9pm, with a special look at the contestants in Road to Halloween Wars at 8pm. Speaking about Zak as the new host, “Paranormal investigator Zak Bagans has spent the last 15 years experiencing the scariest supernatural encounters ever recorded, and for the first time, he shares those experiences with the eight “Halloween Wars” teams of expert cake and sugar artists in the new season…Zak takes inspiration from his collection of dangerous and mysterious artifacts from his Haunted Museum in Las Vegas to challenge the teams to create frighteningly intricate cakes that are as spooky as they are tasty.”

Fans of the long standing show “Worst Cooks in America” will also be getting the Halloween makeover, with “Worst Cooks in America: Halloween Redemption” airing September 26th at 10pm. Chefs Anne Burrell and Michael Symon will once again select from disastrous cooks, “…the culinary hopefuls will create a Spooktacular feast for a panel of culinary experts. The recruits start by making a dish using a mystery ingredient they have been assigned; after Anne and Michael pick their teams, the chefs will teach them to make a buffet for a Halloween gathering in order to win a kitchen upgrade worth $5,000 and bragging rights.” Nothing like watching people who have no idea what their doing in the kitchen try to whip up actually edible horrors!

“Outrageous Pumpkins” features 7 masterful pumpkin carvers competing for $25,000 over 4 episodes airing October 3rd at 10pm. “Each week the carvers dive headfirst into the most insane, eerie, and outrageous challenges, executing their intricate Halloween designs to impress judges Terri Hardin and Marc Evan. Only one will earn the coveted title of Outrageous Pumpkin Champion and take home a sweet $25,000 Halloween treat!” I have incredibly limited artistic ability; I can barely trace let alone carve anything, with stick figures being about the extent of my art talents, so watching masterful carvers is pretty intriguing.

These are just some of the special Halloween themed programming Food Network and Discovery+ will offer come fall. In their announcement the network stated, “For more seasonal fun, viewers can also look forward to Halloween-themed episodes of “The Big Bake,” as well as special themed episodes of “Delicious Miss Brown,” “Guy’s Ranch Kitchen,” “Girl Meets Farm,” “The Kitchen,” “The Pioneer Woman,” and “Trisha’s Southern Kitchen” in Food Network’s weekend daytime lineup.”

So get ready, spooky fans. Looks like the Food Network is set to deliver the thrills and chills, with something for every fan of food and Halloween.

New Batman App For Kids Let’s Them Become Part of The Knight Watch!