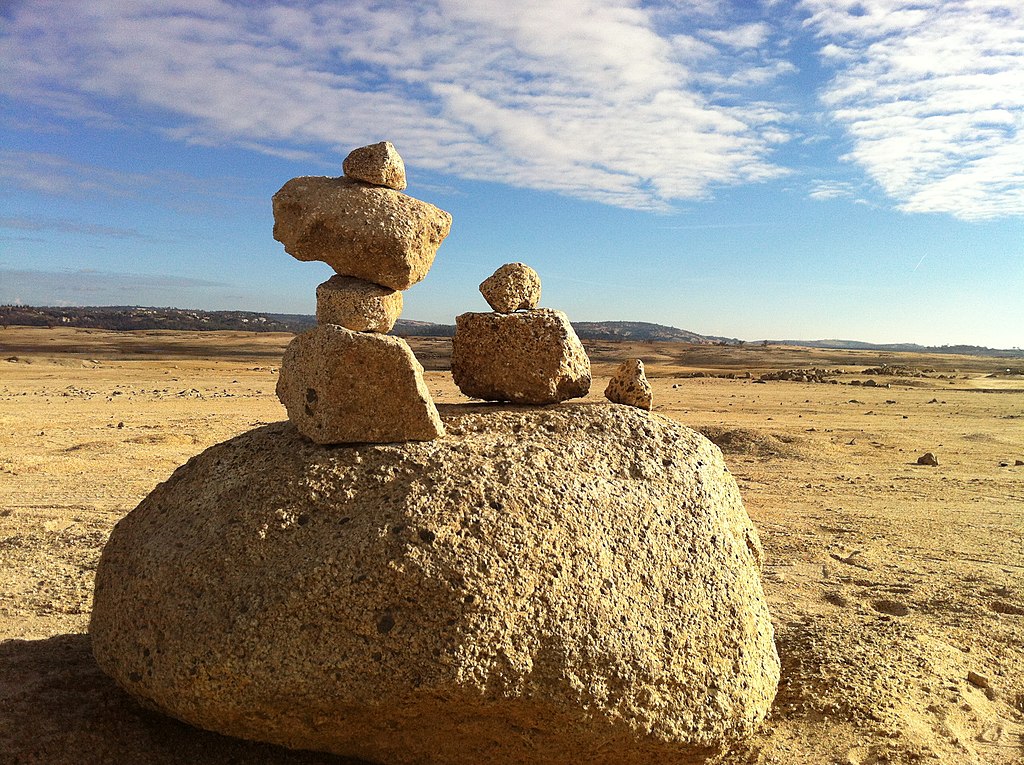 Certain ruins of the Gold Rush era are visible due to historically low water levels in Folsom Lake in Folsom, California. Areas that are now visible are in places like Mormon Island, Salmon Falls, and Red Banks. Park Rangers urge onlookers to NOT touch any of the artifacts, and to leave them where they are.. Anything touched will alter or destroy the story that it could tell us about the area and the time it originated.

The towns were submerged in 1955 when the Folsom Dam was built, creating Folsom Lake. When this was done, it covered what would be considered historical landmarks in order to create a water supply and energy resource.

“With historically low water levels that have been worsened by the impacts of climate change artifacts and ruins once belonging to past communities and cultures of the area are now appearing along the lakebed. Please help protect the historic sites of Folsom Lake by not handling, removing, or destroying any artifacts or ruins that you may come across.”

These towns and artifacts have come up before. In 2014 another drought brought up Mormon Island which was a town that had four hotels, a school and seven saloons. They estimate that the population was as many as 2,500 people. Now these places are nothing but ruins but they still hold a lot of archeological value.

Rangers in the area do use these droughts as an opportunity to log what is found but they say ideally everything stays in place for the water to cover back up again.

If you’re caught tampering or taking artifacts you could serve jail time and up to a $250,000 fine under the Archeological Resources Preservation Act.