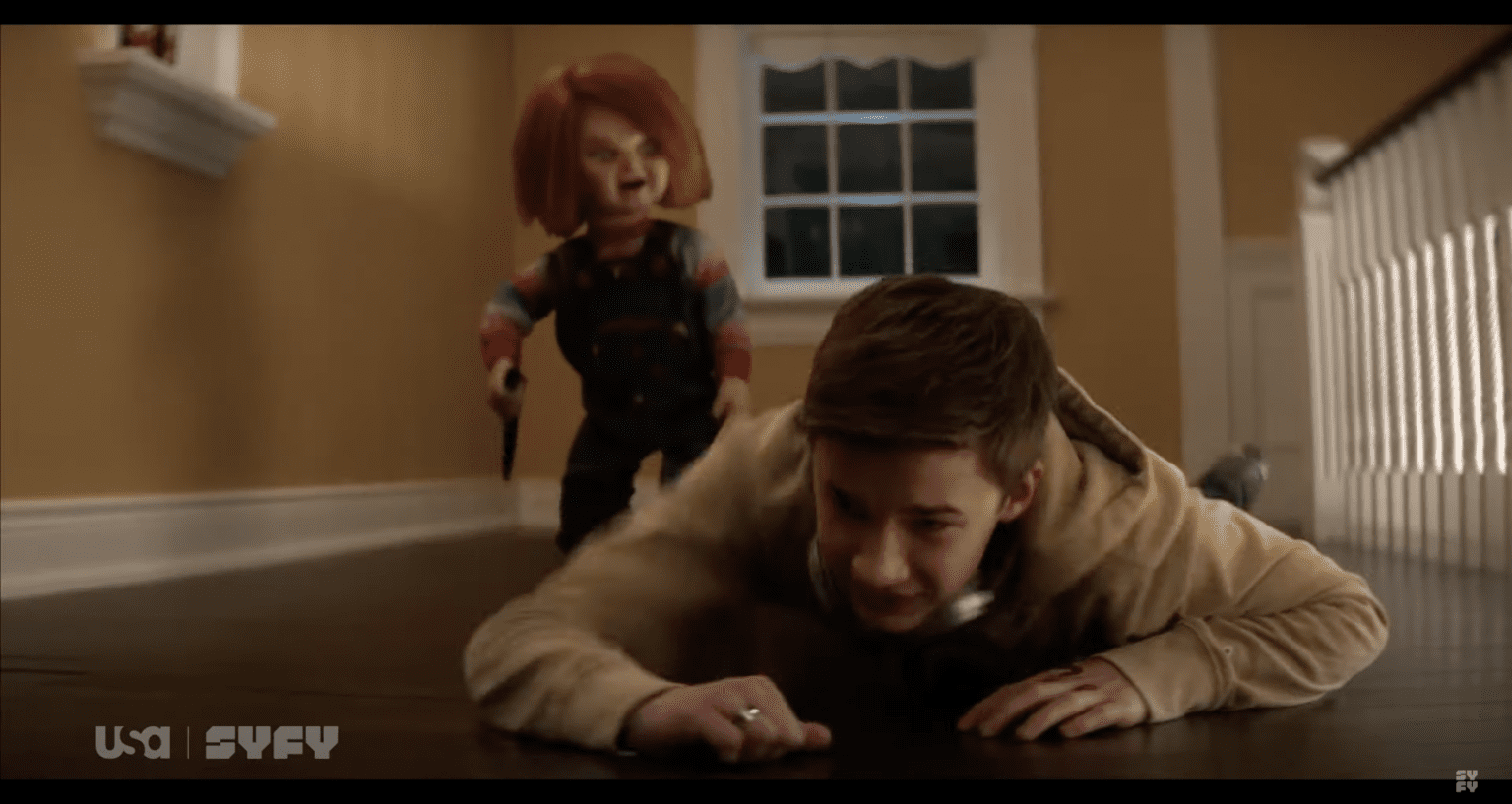 We are delighted and frankly terrified to share the full trailer for SYFY’s upcoming “Chucky” tv series, from original “Child’s Play” creator Don Mancini! If you’ll recall, the murderous doll franchise was the latest to suffer from multiple rights holders trying to get projects off the ground (think 2019’s “Child’s Play” reboot which Mancinci had nothing to do with).

This series though, happens to bring “Chucky’s Daddy” (Jennifer Tilly‘s words to us at the Saturn Awards) Mancini back to the fold, as well as the original voice of Chucky, Brad Doriff (who confirmed to me personally he would be returning for the project years before the show was greenlit). Original film series producer David Kirschner is also involved, as an Executive Producer.