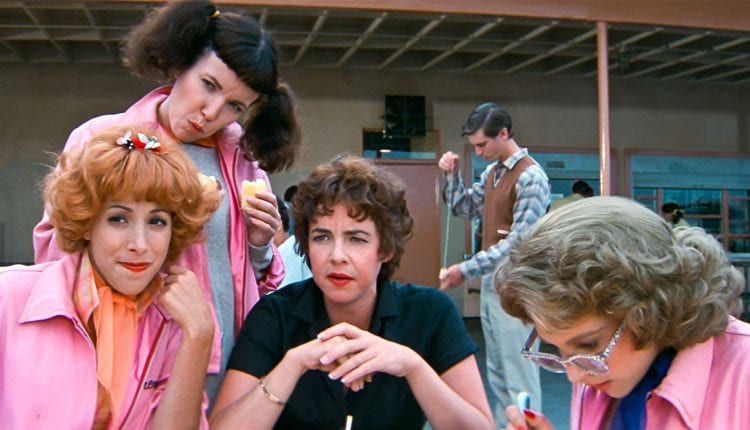 Streaming service Paramount+ announced that it has greenlit “Rise of the Pink Ladies,” a prequel series to the hit movie musical, “Grease!”

If you’re unfamiliar with “Grease,” where have you been?! Starring Olivia Newton-John and John Travolta, the movie follows a good girl-bad boy high school romance. Australian transfer student Sandy (Newton-John) befriends Frenchy (Didi Conn), a member of a group called the Pink Ladies. She goes on to discover that her summer crush, Danny Zuko (Travolta) and resident T-Bird bad boy, also attends her new high school. The drama and comedy of the story are only enhanced by iconic musical numbers like “Hopelessly Devoted to You” and “Beauty School Dropout.” And of course the title song, “Grease,” performed by Frankie Valli.

There’s also “Grease 2” starring Michelle Pfiefer, but it doesn’t get the same love as the first (and rightfully so).

The new one-hour long show will take us back to Rydell High, 4 years before the 1978 movie takes place. It will follow the 4 original Pink Ladies- Rizzo, Frenchy, Marty, and Jan- as they navigate adolescence and cause a stir around the school. The best part? “Rise of the Pink Ladies” is bringing us brand new songs to fall in love with!

There is a question as to whether or not we’ll hear songs from the original movie, as HBO Max holds the rights to them. Paramount TV Studios is still hoping to make a deal.

“Rise of the Pink Ladies” is being written by Annabel Oakes. She is known for producing, writing, and directing Netflix’s “Atypical.” Oakes is no stranger to coming-of-age stories having also contributed to the movie “Edge of Seventeen.” Executive producers Marty Bowen (“Twilight“) and Erik Feig (“Chaos Walking“) will also work on the project. The two producers are concurrently working on a “Grease” prequel film, “Summer Lovin.”