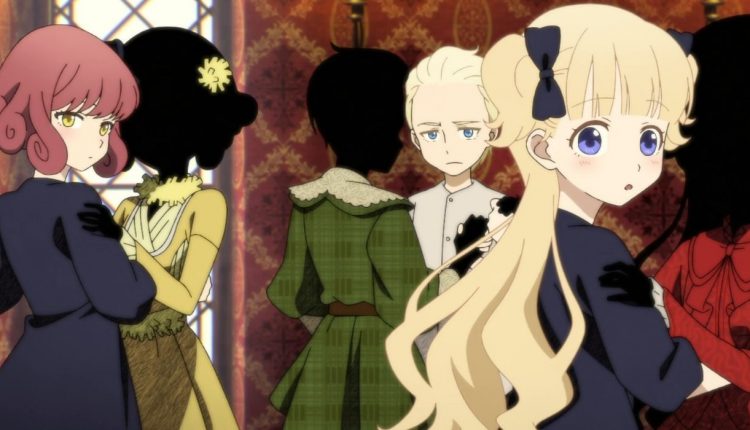 Long ago, in a town far away, high atop a mountain, sat the Shadows House. A house full of mystery and horror. “Shadows House” tells the story of Emilico and her fellow “living dolls” as they learn to serve as faces for the Shadows family, a group of void black, soot emitting, humanoids. Emilico’s counterpart is Kate, a reserved and highly intelligent young Shadow.

At first, the story starts out very cute and kind of happy-go-lucky. Emilico is charming and clumsy and constantly messing up Kate’s things as she tries to serve her. But as we get closer to the “debut” things change…

Edward is in charge of the debut. He’s also a deranged social climber and will stop at nothing to get into the good graces of Lord Grandfather, who is basically like a Shadow version of The Godfather. The debut, which is originally supposed to pick the Shadow/living doll pairs most worthy to serve Lord Grandfather, becomes rigged by Edward, and as such, becomes more entertaining for Lord Grandfather and his band of Shadow aristocrats on the third floor to watch and make bets on who will make it out alive.

From there, things only become darker, as we watch Emilico and Kate try to figure out the mysteries of this Shadows House.

“Shadows House” is absolutely beautiful, the characters are cute, and there is so much character development. The bonds between the Shadows and the living dolls are strong and believable and you genuinely want them to survive every obstacle hurled their way.

The series is 13 episodes long, and unfortunately ends on a bit of a cliffhanger, but hopefully a second season will be announced soon! Fingers crossed!

“Shadows House” is available to stream now on the Funimation app!

Heath Andrews May 19, 2022
Let's be honest for a minute; life is hard. We all have our own coping mechanisms for dealing with the curveballs…
Movies & TV