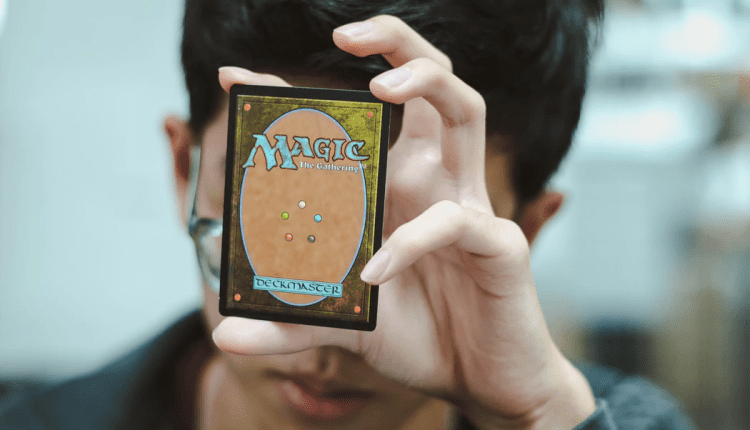 Commander continues to dominate the Magic: The Gathering landscape. It’s accessible to new players via preconstructed decks and beloved by entrenched, competitive players possessing a vast knowledge of the game, the cards, and their interactions. On the whole, Commander rewards synergistic deckbuilding and leaves plenty of room for self-expression on the part of the player. Amazing Game Room covered the top Commander decks for those looking to dominate their playgroup.

When any four players sit down for a game of Commander, there’s an excellent chance at least one of them is piloting a Golos deck. Golos is popular for good reason: his enter the battlefield (ETB) ability finds any land, his activated ability casts spells for free, and his 5-color identity allows players to use any card legal in the format. Simply put, Golos gets to do a lot.

Golos isn’t bound by any of the traditional deck-building constraints, so decklists and strategies can vary while creativity reigns supreme. He can helm a flicker deck designed to maximize ETBs with the help of Yarok, the Desecrated, and he’s also the perfect choice for a lands-matter deck, especially in conjunction with his old friend Field of the Dead. If neither of those styles sounds appealing, his activated ability allows the pilot to slam signature spell after signature spell for free, the ultimate in flashy win-cons.

No matter how the Golos deck is built, it’s sure to be powerful.

Elf decks typically rely on swarming their opponents with cheap creatures and tokens, hence the name “elfball.” Elves have long been a favorite tribe of Magic players, but their power and presence in the Commander format were always limited by a relatively small pool of commanders.

Enter Lathril, Blade of the Elves. Released as a part of the Kaldheim Commander Precon series, Lathril provides the punch past elf decks have been lacking while also giving access to powerful recursion and removal spells.

On her own, Lathril can take over games. She makes an elf token whenever she does combat damage and her tap ability represents a massive 20 life-point swing that uses the elf tokens she creates. Add some elvish friends that provide banner effects like Imperious Perfect; Marwyn, the Nurturer; and Elvish Archdruid to create a dominant board-state that’s only vulnerable to board wipes.

Of course, Lathril decks also pack answers to those board wipes thanks to her green-black color identity. Access to black spells allows the pilot to run cards like Agadeem’s Awakening, Return Upon the Tide, and Haunting Voyage to return their elf army to the battlefield, with the last two even providing a tribal payoff. Black also gives the Lathril player access to their own board wipes, many of which are one-sided, and can clear the way for the elven onslaught.

A glance at Atraxa, Praetor’s Voice and a player might get lost in the keyword-soup. While flying, vigilance, deathtouch, and lifelink are all situationally relevant abilities, the bulk of Atraxa’s power comes from the big p-word: proliferate.

Proliferate allows a player to add a counter to any number of permanents that already have a counter. A creature can receive another +1/+1 counter, a planeswalker can get another loyalty counter, and a player can be assigned another poison counter.

The proliferate mechanic is undoubtedly strong, but Atraxa by herself won’t get out of hand. She’s only proliferating on her controller’s end step, so she needs some help to truly dominate. That support comes in the form of creatures like Reclamation Sage, Corpsejack Menace, Vorel of the Hull Clade, and Winding Constrictor, who all represent ways to increase the number of counters on a permanent. Forgotten Ancient provides an efficient way to move those counters onto another creature. Shalai, Voice of Plenty also serves double duty in this deck, offering protection via hexproof and providing an ability to assign +1/+1 counters, albeit mana-intensive.

Of course, no Atraxa deck is complete without the venerable Doubling Season. This enchantment is absurdly powerful in conjunction with proliferate, as the player doubles the counters they assign every time they proliferate.

Thrasios is a staple in competitive Commander games. His ability is an excellent mana-sink in the late game and lets his controller essentially dig through their whole deck. From there, the Thrasios player usually wins the game via combo. Thrasios also features the Partner keyword, so he can be a co-commander alongside another creature with Partner.

Thrasios decks get their strength from balancing his digging ability with the abilities of his partner. His most common partner is Tymna, the Weaver, who compensates for Thrasios’s late-game focus by providing early-game card draw and a little bit of aggression. Tymna’s black/white color identity also gives the Thrasios player access to black cards like Ad Nauseum and Vampiric Tutor.

From there, Thrasios decks focus on digging up their infinite combos. Vampiric Tutor is an all-star here, along with Demonic Tutor and Enlightened Tutor. Players search for cards that allow them to make infinite mana and draw their entire deck before winning with a Thassa’s Oracle or Laboratory Maniac in play. Isochron Scepter and Dramatic Reversal is the most common and reliable combo, with Reversal imprinted on the Scepter to tap and untap permanents infinitely.

Thrasios decks can win as early as turn three with a strong opening hand, while “free” counterspells like Fierce Guardianship protect the combo from interaction.

From combo to aggro, there are so many ways to enjoy Commander. For players concerned with wielding the most power, these decks represent the best the format has to offer.

WitcherCon Kicks Off with Geralt in Hot Tub Live Stream

Gambling Addiction – What Lessons Can Be Learned from the UK?