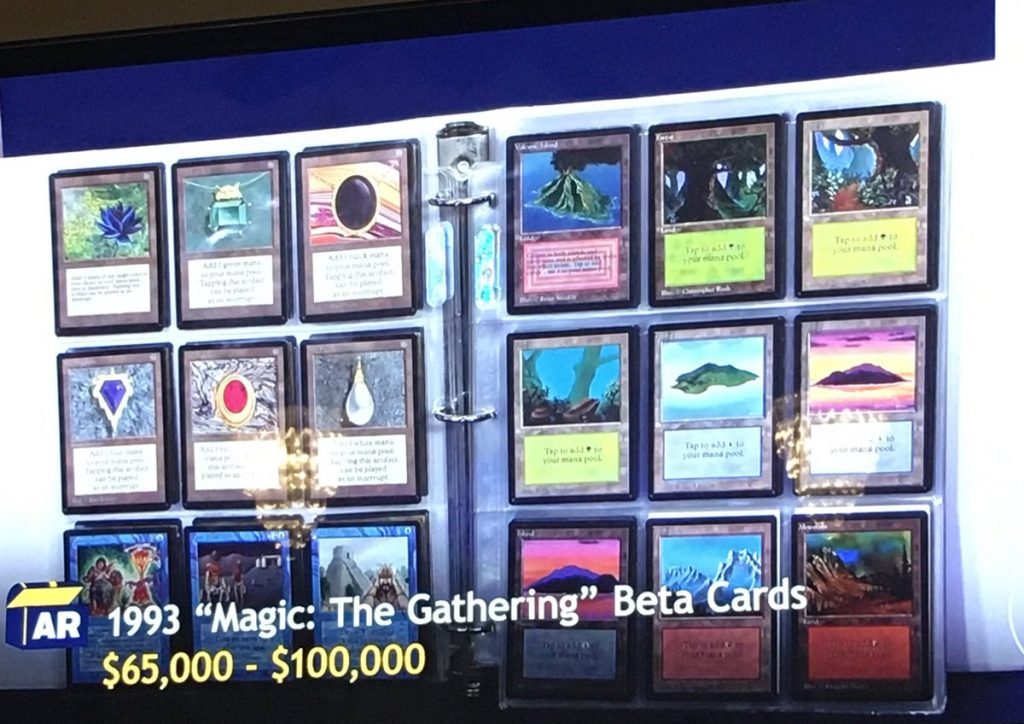 On an episode of “Antiques Roadshow,” we got to see Travis Landry geek out and appraise a full set of Magic: The Gathering beta cards. The set was brought in by a woman who’s husband played Magic in the 90s, and was able to get a full set of the beta cards which was released in 1993. Travis went through them and highlighted multiple cards alone that would be worth thousands of dollars.

What she thought was worth maybe a couple hundred of dollars turned out to be appraised for around from $65,000 to $100,000. That’s a huge difference! It contained many cards with high values that if sold individually could bring in a lot of money. Like the Mox Emerald which is currently trending on Ebay for around $3,000 dollars.

This just goes to show that if you love something it may be worth it to go all in. Like collecting something that your parents think is “just a fad”. We’re not sure if this collection is going to go up for sale, but it will for sure become a family heirloom if not.