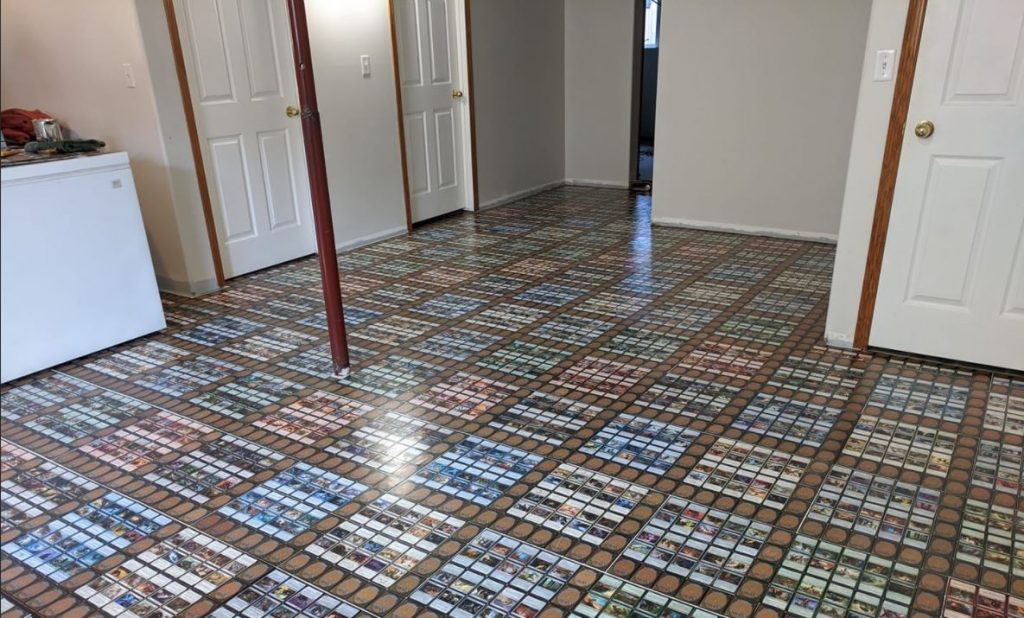 This Basement Floor Was Finished with 8032 “Magic The Gathering” Cards

Who says that home decor needs to be boring? Heck you don’t even have to use carpet or pick out a tile if you’re creative enough. In this instance the folks over at Tap That MTG figured they would take some of the cards they had collecting dust and create the most epic game room floor imaginable.

In order to make the floor they had to lay out 8032 cards to cover a 422sq foot space. They used wood glue to glue the cards to paper which was then used as the tile. And more glue to glue the tiles to the floor. Then layer over layer of polyurethane to seal them all in. This floor is going to be good for a while and what’s nice about it is you can buff and shine and make it look crystal clear if it gets dirty.

And if you’re wondering how much it must have cost to do this? Well according to them it cost less than $200 to do since they already had all those cards sitting around. And they also say that the cards are a mix of common/uncommon they had four or more of in their inventory. So don’t worry none of those are insanely valuable, they just look awesome.