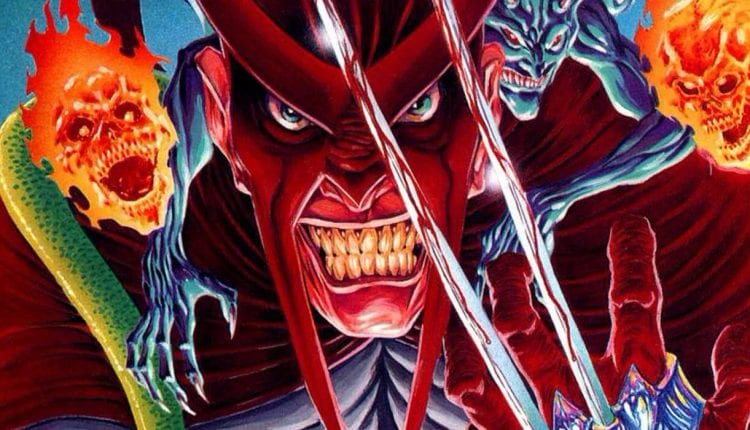 Sony Pictures has acquired the rights to the bloody and brutal 80’s comic hit “Faust“ to develop into an animated series. Matteo Pizzolo, writer of recent comic successes “Calexit” and “Godkiller,” will adapt the gory horror action story for screens. Original creators of “Faust,” artist Tim Vigil and writer David Quinn, will be acting as consulting producers on this adaptation.

“Faust” first hit comic store shelves in 1987, a gruesome horror adventure by Vigil and Quinn, and told the tale of John Jaspers, a passionate vigilante who, at the end of his rope, trades his soul for monstrous powers, transforming him into the demonic anti-hero Faust. Unbelievably gory, edgy as hell, full of demons, gangsters, and explicit nudity, Faust would turn prove to be extremely popular, continuing into publication across multiple comic publishers in the next few decades, and no doubt inspiring the conceptually similar “Spawn” who first appeared in ’92.

The comic was previously adapted into a wildly schlocky b-movie horror romp, “Faust: Love of the Damned” in 2000, starring horror icon Jeffrey Combs and “Wishmaster” himself, Andrew Divoff. We can only hope that Sony’s new animated adaptation has so much fun with the material.