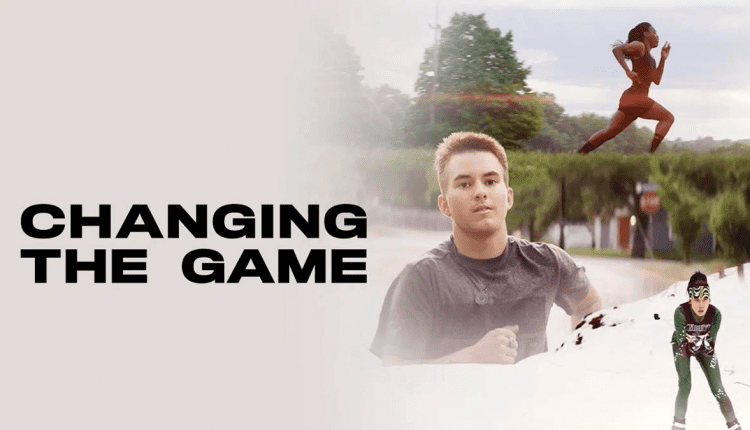 Life is not the same for all, some have to fight against the odds if they do not belong to any gender defined by the society. Among many bigoted events in the life of trans kid, this Hulu Documentary unearth the unfair practice on trans athlete. The documentary was long due, it was under production for 4 years. Now, it is live streaming to watch on Hulu in Australia..

The resistance against trans kids’ participation in sports is all time high now. As you are reading this, 100+ bills have been sent out to state legislatures to ban trans kids’ inclusion in the sports team. The sad part is around 30 states are also already considering restricting the entrance of trans athletes in sports.

The documentary aimed to display every trouble of trans kids and all the medical professionals who have been standing strong besides these oppressed and left out kids.

What’s The Documentary About?

Changing The Game tells the struggle of three high school transgender athletes from different part of country, challenging the perception about them while fighting against severe discrimination.

The trailer begins with Mack Beggs, a 22-year-old high school trans wrestler, who classifies himself as a man but is assigned female by birth. Due to this reason, he was forced to wrestle in female high school wrestling.

The transgender supporter, Sarah Rose Huckman shares his distress over her concern and unfairness of competing in the boys’ team despite being a girl. Andraya Yearwood, an athlete sprinter, who runs in high school girl teams with the support of her teammates, still has to tolerate naysayers commenting against her participation in the girls’ team.

The documentary highlights the serious concerns, including adults bullying trans kids, feeling of being left out, unacceptability from society and inability of being oneself.

It’s really heartbreaking when Beggs says, I want to be able to be just me and that’s all I ever wanted to do.

The documentary has been receiving tremendous response from streamers, capturing people’s attention and encouraging them to join their fight in order to allow trans kids to play any sports and do what any kids should be doing without any objection being made.

The primary focus of the documentary is to dissipate the misinformation circulating in the media about trans kids, where they talk about trans athletes’ issues without even talking to one.

However, the documentary did not mention the lawsuit filed by three cisgender girls against Connecticut Associations of Schools for allowing to ban trans athlete Yearwood and Miller. The girls claimed that they are not physically strong enough to beat these trans girls so they should not be running in the girl’s division.

This lawsuit breeds the national trans athlete hate group and becomes the foundation of the nationwide anti-trans sports bills.

The representatives of these bills claim trans girls are having unfair advantage in women division and it is impossible for girls to overcome their physical strength. Although, the claim has turned out to be misleading when it is discovered that Chelsea Mitchell (one of the girls who filed for anti-trans lawsuit) consistently beats the trans girl, Terry Miller.

Along with the positive response, the documentary is also receiving some backlash from netizens. Some suggest making sports gender-neutral while some suggest trans women compete in the men’s division and beat them to promote women empowerment. While some are genuinely concerned over men getting women trophies and scholarship opportunities.

Moreover, the 2:1 like dislike ratio on The Game Changing trailer also highlights the huge disagreement with this documentary.

Pandemic has changed the way of us watching sports but we need to change our perception towards trans athletes in sports. So, go ahead and stream this documentary on Hulu to understand the struggles of trans kids in sports.

Epic Western “The Harder They Fall” Trailer Drops from Netflix

Season 2 of “The Wheel of Time” Has Wrapped…