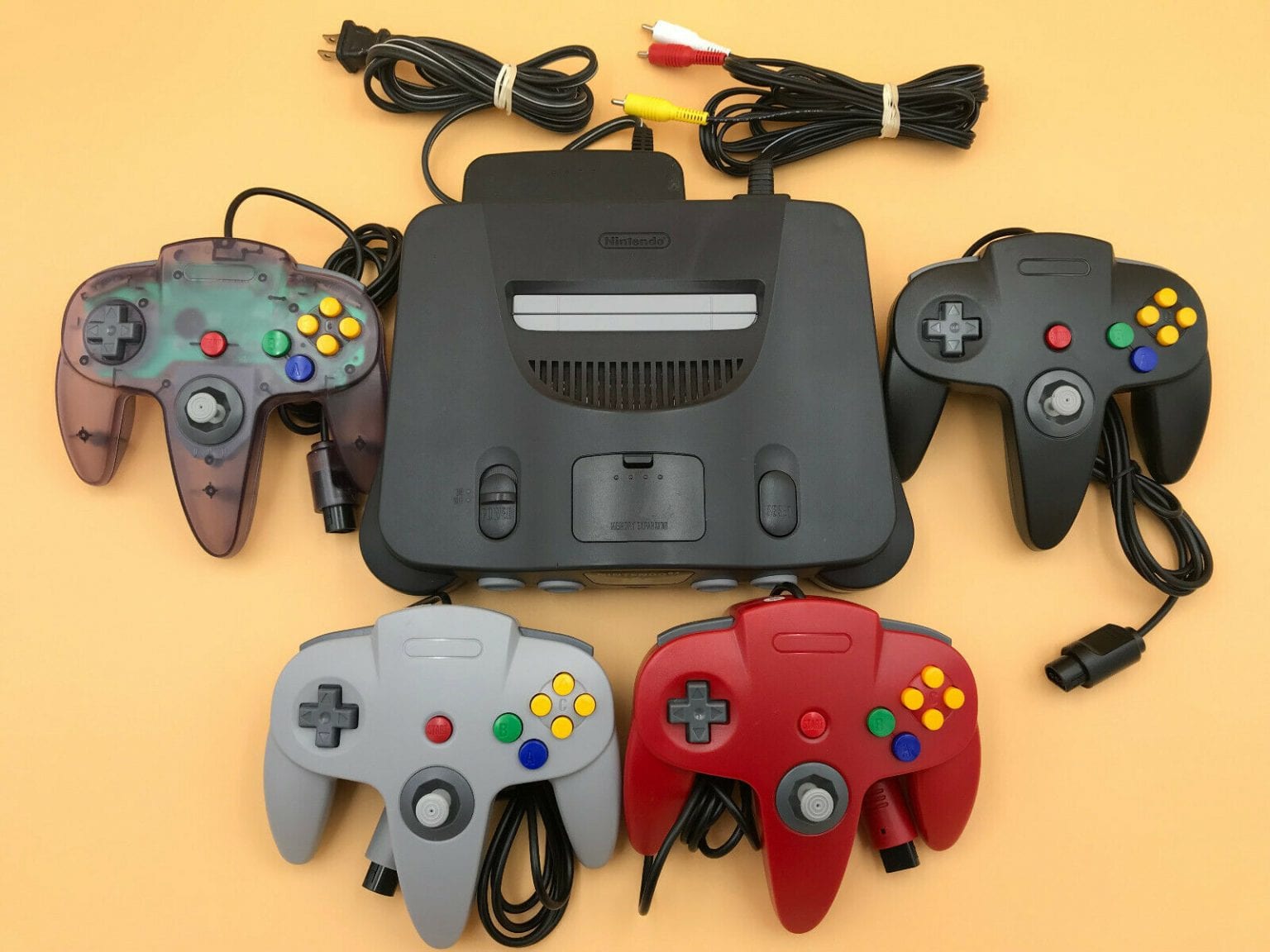 The Nintendo 64 Turns a Quarter of a Century Today!

It was 25 years ago today in Japan that Nintendo released their follow-up to the amazingly successful Super Famicom aka Super Nintendo. It would prove to be an era of highs and lows for the company as the console would play host to some of the most fondly remembered and influential games of all time, while also failing to adapt to current technological trends. The N64 would bring memorable games and 4 player multiplayer into the homes of millions, but its shortcomings would also give rise to millions of PlayStations coming into people’s homes as well. Today we look back on the N64 and its legacy.

One of the first things people may remember about the system is its continued use of cartridges while the rest of the gaming industry was moving towards using discs. Nintendo argued that this would provide for quicker gameplay with no loading times, which it did, but it came at the expense of having more memory to work with. Increased memory would make it easier for developers to include improved graphics and sound without having to worry as much about memory space.

Arguably, the real reasons Nintendo stuck with cartridges is that when games were manufactured, publishers had to buy the cartridges directly from The Big N. This, combined with the cartridges being harder to develop for, drove off some of Nintendo’s biggest third party developers from the last two generations, most notably Capcom and Squaresoft. Because of this, the Nintendo 64 would miss out on some monumental games and series like “Mega Man” “Resident Evil,” “Final Fantasy,” and others. (Capcom would release downgraded ports of “Mega Man Legends” and “Resident Evil 2″ for the console near the end of its life cycle)

What the console did offer though was a focus on games with a 3D environment and a novel means of navigating them with a controller that featured an analog stick. Granted, the controller is not fondly remembered today because of its awkward, three prong layout and grip, but at the time it was meant to make traversal into larger worlds an easier thing to do. Nintendo would prove it could do this with its first two games.

When the Nintendo 64 launched in Japan it only had three games that launched alongside it, “Super Mario 64,” “Pilotwings 64,” and a version of the Japanese board game, Shogi. The latter was not released outside of Japan but the other two were, with “Super Mario 64” being heralded as one of the greatest and most innovative games ever made. Instead of making Mario go from point A to point B on a horizontal plane in a level, the game placed Mario in a 3D world where he was free to explore and find secret stars. This would shape the future of video game design for years to come.

Nintendo would also have massive hits on their hands with “Mario Kart 64,” “Star Fox 64,” “Pokémon Snap,” and the one-two punch of two of the most memorable and well-regarded games in history, “The Legend of Zelda” Ocarina of Time” and “The Legend of Zelda: Majora’s Mask.” This is in addition to a number of other internally developed games including Mario’s outings into tennis and golf, and the multi-player, friendship destroying, hand blistering chaos that is the “Mario Party” franchise.

But the N64 would also take Nintendo’s partnership with developer Rare to all new heights. While having previously made a huge impact with the “Donkey Kong Country“ series on the Super Nintendo, Rare would blow open the world of first person console shooters with “GoldenEye 007” and its spiritual successor, “Perfect Dark.” The former not only proved how a James Bond game could be done, but also how a shooter of this nature could perform on a home console, and the importance of multi-player.

Rare would also make amongst other titles, the memorable “Conker’s Bad Fur Day,” and most famously, “Banjo-Kazooie.” The partnership between Nintendo and Rare at this time would be something that altered the course of gaming in terms of the quality of the games themselves and how they would live on in the minds of so many gamers in the two and a half decades since.

Overall, the Nintendo 64 wasn’t exactly a failure for Nintendo, but its shortcomings were clear. It didn’t have the best controller in the world, its cartridge based games were restrictive and harder to design for, the infamous “fog” effect that covered graphical pop-ups was rampant, and the library of games was much smaller than that of the PlayStation. Yet with all that being said the games and the experiences they created, the memories that they instilled people with, are more powerful than the console itself.