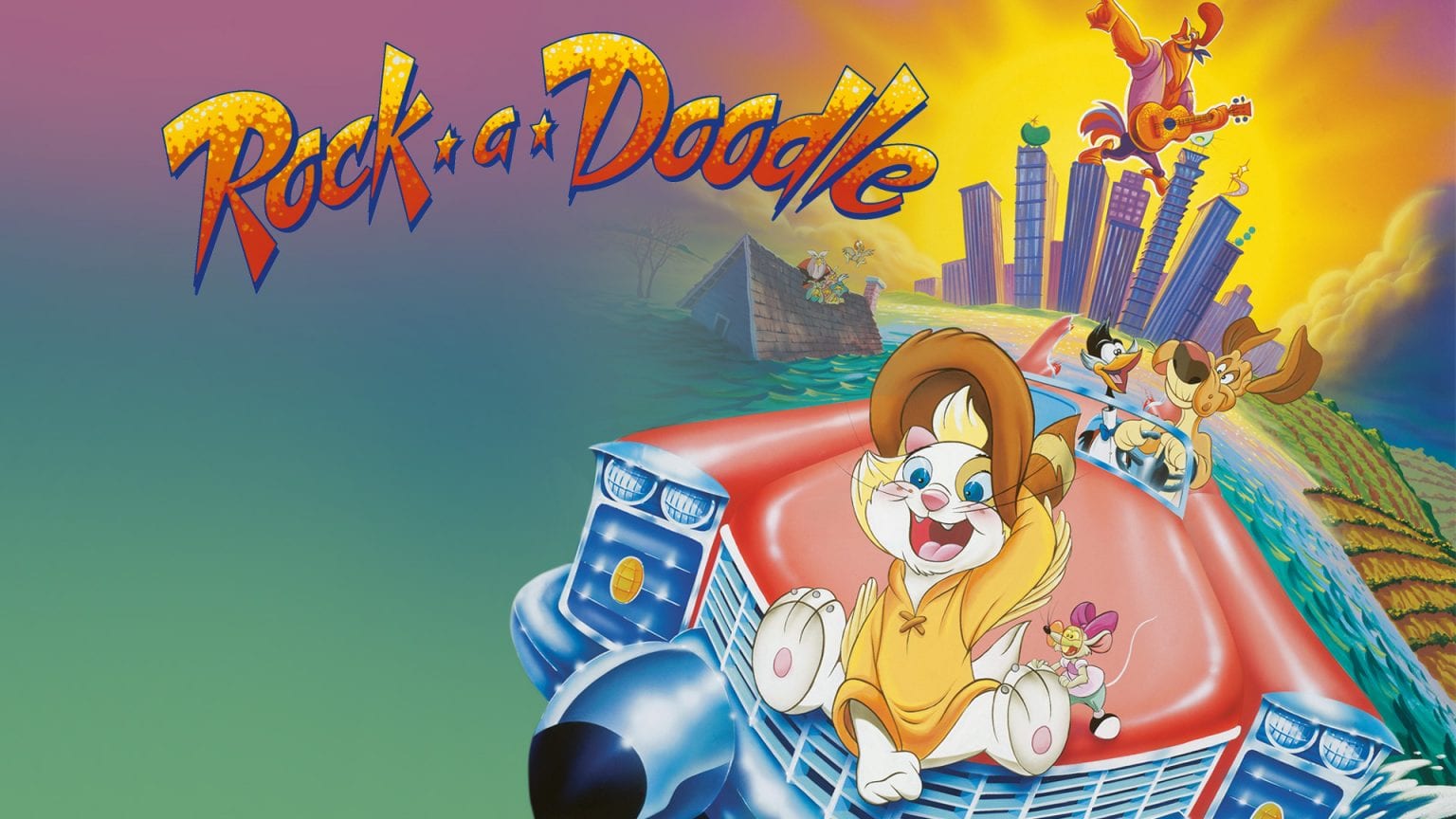 There was a time where you had to consider buying a VHS copy of “Rock-a-Doodle” for an astronomical price online because the film quite literally didn’t exist anywhere else. While a beloved animated film, it wasn’t really a box office smash worthy of countless think pieces 30 years after its release. And yet somehow, the film has gained a cult following of adults who remember loving it as kids. It’s strange staple of countless childhoods that is also long forgotten by many until someone reminds you it existed. Amazon Prime has brought it to their catalog, and has made it available for anyone feeling nostalgic or thinking that they made up watching a cartoon rooster based on Elvis.

It is no doubt a strange movie both 30 years ago and today, but it’s still a pretty solid entry into the collection of animated films we remember. “Rock-a-Doodle” isn’t a great film and doesn’t completely hold up if you remove the nostalgia goggles. But now that it is readily available to watch, it is more than worth returning to even if you’re just trying to prove that you did in fact watch it as a child.

There’s no real point in “reviewing” the film. This will be more just kind of talking about the film in general, almost as if to prove that I did in fact watch it recently. I don’t think anyone really needs a film critic’s opinion on the nuances of storytelling and animation for a film about an evil owl (Christopher Plummer) and a blues singing Elvis impersonating rooster (Glen Campbell). As absurd as that sounds, it’s actually pretty par for the course when it comes to the Don Bluth filmography.

This is actually really important to bring up as it sets the framework for which “Rock-a-Doodle” exists. A one time animator for Disney (and a brief Spielberg partner), Bluth made a name for himself by directing dark, strange, animated films. They are often aimed at children but disguise incredibly dark themes like grief, death, immigrant, and racism. Things like “The Secret of NIMH,” “All Dogs Go to Heaven,” and yes, even “The Land Before Time” all have similar styles both in animation and storytelling.

“Rock-a-Doodle” is a bit more lighthearted than say, “American Tail,” but it nevertheless fits perfectly into the Don Bluth category. It is also written by David N. Weiss who also wrote “All Dogs Go to Heaven,” which doesn’t surprise me either. Though not as good, the whole film feels vaguely familiar both in its narrative and style. This is really neither good or bad, but there is a reason you don’t remember much about the film decades later. The truth is, it’s not really that memorable. To clarify, I mean it’s not specifically memorable. There are maybe a handful of quotable lines that only stand the test of time if you’re one of the few who look back on “Rock-a-Doodle” fondly.

Things like “adequate pipe” are a good reminder that there is a lot of fun to be had here. But outside of that, the songs are hardly recognizable, even now having just watched it I don’t have a single tune in my head. There is also something to be said about how poorly Elvis’ legacy has aged over the years, as the misdeeds of music industry and uncredited hijacking of black artists has begun to overshadow how much we revere the singer. Chanticleer is more a victim of time than a contributor to it all, but it is nevertheless more noticeable now than it was at the time of its release.

I think I simply forgot just how damn weird the movie is. The live action mixed with animation is jarring at best, and even if given a pass for the technology at the time it just feels so unnecessary and out of place. The animation itself is classic Bluth, and for that part it still holds up even if there are far better and earlier animated films in existence. “Rock-a-Doodle” has a lot going on for such a simple fantasy adventure story, and I’m not entirely sure all of the elements really work in the way they intended. It clearly didn’t, because the film essentially bankrupt Bluth’s studio 6 months after it’s release due to poor box office success and harsh critic reviews. The film is bright and whacky and lighthearted, and yet somehow doesn’t feel like it has as much of all of those things as it should. But hey, we get the wonderful Christopher Plummer as the Grand Duke, a haunting magical and evil owl who is as every bit as delightful as you would expect Plummer to bring to something as silly as this.

I’m not going to rate “Rock-a-Doodle.” Partly because I said this wasn’t going to be a review and partly because I’m just not entirely sure what the hell to even give it. I’m left in a strange predicament where I can’t really advocate for new people to watch the film but I would highly recommend it to people who haven’t seen it since they were a child. It’s problematic, but still fun. There are far better films from Bluth that I would probably recommend over this one, and yet it is so perfectly Bluth that I can’t say I had a bad time revisiting it all these years later.

I remembered this film fondly, and I watched it incessantly as a child. Now as an adult, it still sparked some of those same wonderful memories even if its faults were a bit more noticeable this time around.

After the year we’ve had, I think we could all use a little Chanticleer to bring back the sun.

“Rock-a-Doodle” is currently available to stream on Amazon Prime.