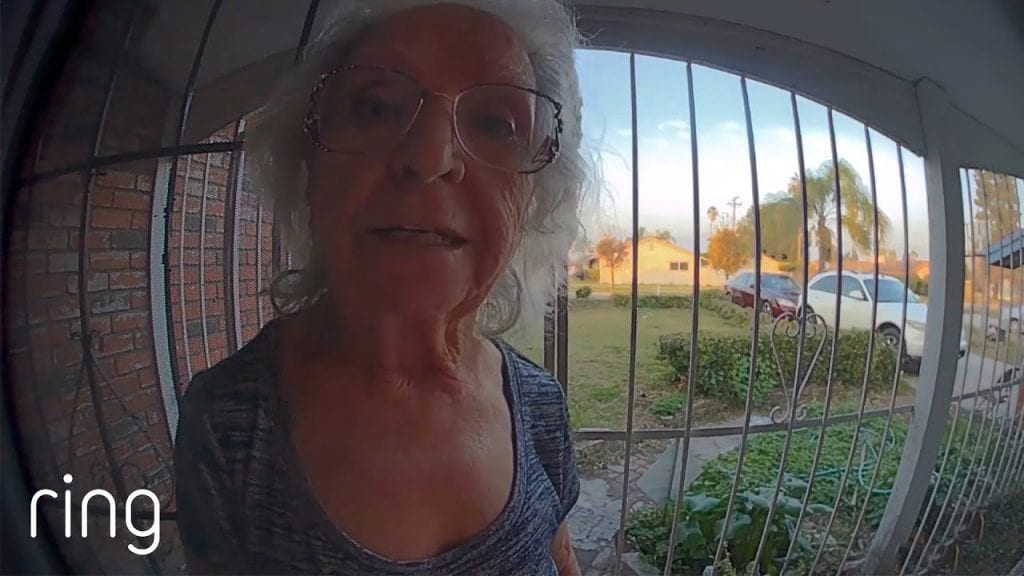 Maria of California had been trying to get in contact with her son to invite him to taco night. Unfortunately, he didn’t pick up his phone. Rather than playing phone tag, she decided that she would use her own Ring doorbell to get the message to him.

Maria’s son and daughter had gotten the doorbell camera to make sure she was safe at home. She knew they checked the ringcam alerts, so she decided that this would be the best way to invite him for dinner. “We’re having taco night,” she said in the video.

The video was posted on Ring’s YouTube page but there are many unanswered questions we’re left with. Did her son ever go to taco night? Is he a terrible son who does this to her all the time? Check out the video below:

Understandably, this is a good video for Ring, because it shows the device’s multiple uses. Many of which are being discovered daily. But I just can’t help but feel bad for Maria who had to resort to this instead of her kid just picking up her call.

Maria is a big advocate for the Ring doorbell and appreciates the peace of mind it provides as well. “I like it because it’s much safer, you know who’s coming in or who’s going out. Or who knocks on the door,” she says.