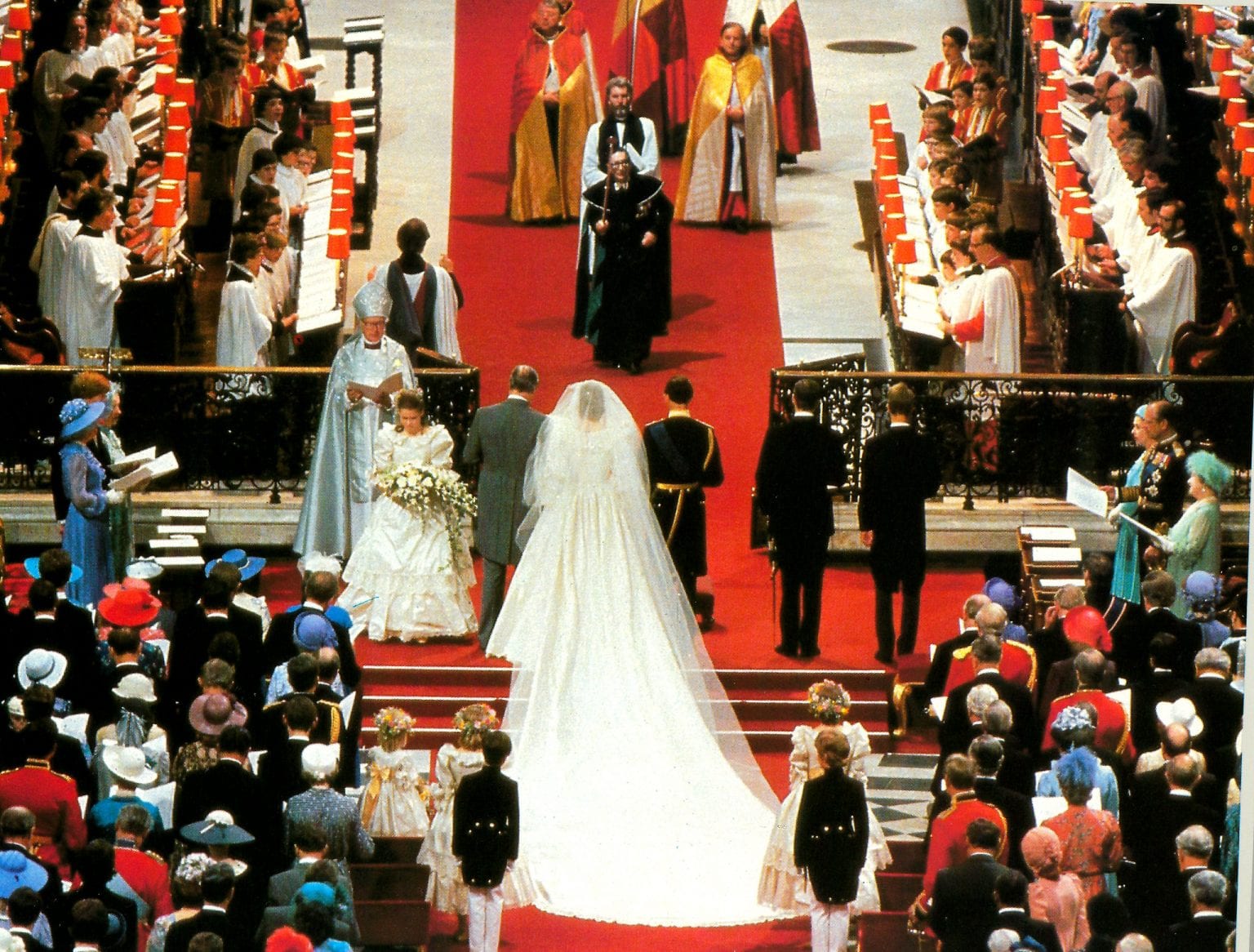 We really wish world travel was back, as this news from England is pretty exciting. Kensington Palace has announced plans to publicly display Princess Diana‘s iconic wedding dress. It had previously been displayed at Lady Spencer’s family home of Althorp.

The Windsor Wedding of Prince Charles and Princess Diana took place on July 29th, 1981 and was viewed by 750 million people worldwide.

The dress, which flaunted a majestic cathedral train of 25-feet, was designed by David and Elizabeth Emanuel. The lace used included Carrickmacross materials that belonged to Diana’s great-grandmother Queen Mary. Over 10,000 pearls decorated the gown, and of course THOSE SLEEVES.

(We also want to take a minute to sing the praises of Netflix’s “The Crown” recreation of the gown for season 4.)

You can read the tiny tidbit about the event on Kensington Palace’s website here:

See the wedding dress of Diana, Princess of Wales up close, complete with its spectacular sequin encrusted train, which at 25 feet dramatically filled the aisle of St Paul’s Cathedral, and remains the longest in royal history.

The dress, on loan from HRH The Duke of Cambridge and HRH Duke of Sussex, is now among the most famous in bridal history, and features a fitted bodice overlaid at the centre both front and back with panels of antique Carrickmacross lace that had originally belonged to Queen Mary, the groom’s great-grandmother.

Its gently scooped neckline and large puffed sleeves are trimmed with bows and deep ruffles of taffeta, a style popularized by the Princess in the early 1980s, while the full skirt is supported on a mountain of stiff net petticoats to create its famous silhouette.