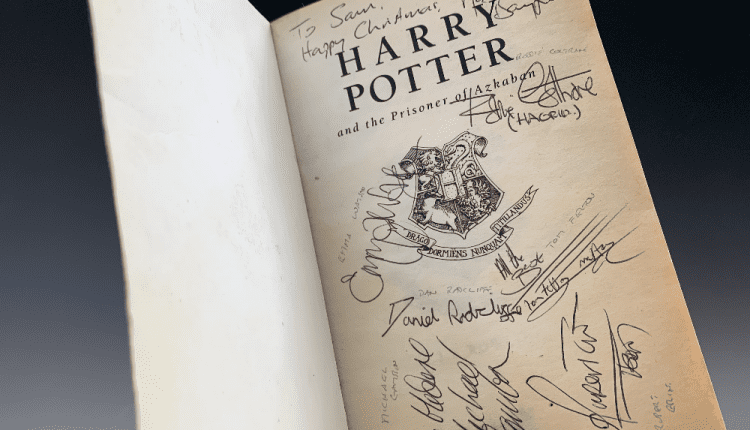 “The Prisoner of Azkaban” Book Signed By Cast Sells for $1,600

When you think about it $1,600 isn’t a lot for a piece of literature signed by the cast of the movies surrounding it. In fact it’s quite a steal! A paperback copy of “Harry Potter and the Prisoner of Azkaban,” which was signed by eight of the actors from the film, was sold in the United Kingdom.

The listing went up from David Lay Auctions and sold for more than the estimated value of $500 – $800 USD.

According to the inscription, the book was gifted to someone named Sam. It’s a piece of fan history that anyone would love to own.