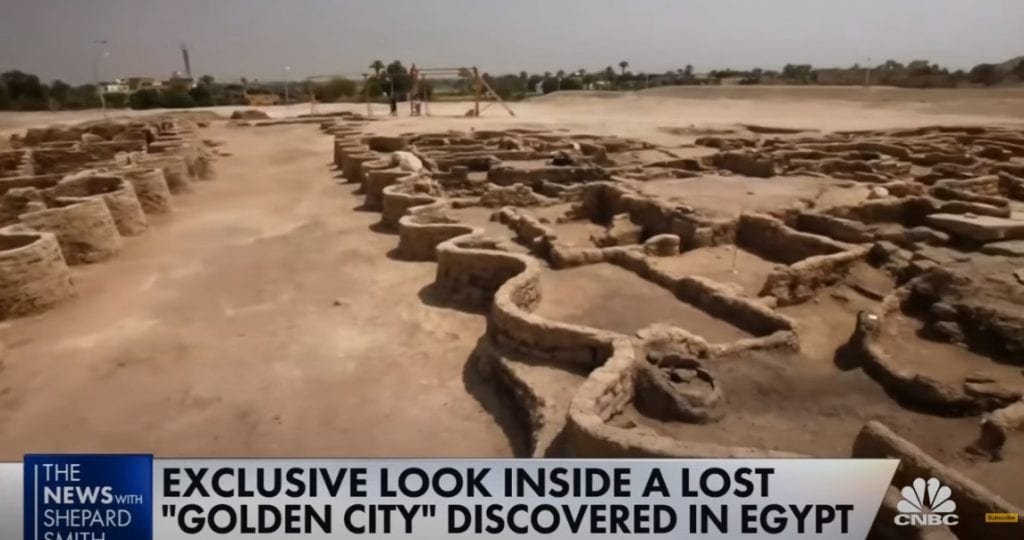 Dr. Zahi Hawass is at it again, finding more rare and unearthed treasures in the Egyptian sands. Now he and his team have uncovered a 3,000-year old “lost golden city.” Among things found they’ve dug up jewelry, pottery vessels, scarab beetle amulets and mud bricks that have the seals of Amenhotep III.

“The Egyptian mission under Dr. Zahi Hawass found the city that was lost under the sands. The city is 3,000 years old, dates to the reign of Amenhotep III, and continued to be used by Tutankhamun and Ay.”

The team is calling this the largest find ever uncovered in Egypt. Near Luxor, home of the legendary Valley of the Kings they’ve now found a plethora of information. They are calling this the second most important discovery with the discovery of King Tutankhamen being the first.

Back in September 2020 the team began exploring the area between the temples of Ramses III and Amenhotep III near Luxor and about 300 miles south of Cairo.

“What they unearthed was the site of a large city in a good condition of preservation, with almost complete walls, and with rooms filled with tools of daily life.”

These new findings will help put together more insights into how these ancient people once lived. The entire city can be seen with tons of artifacts in place. It’s truly an amazing find.