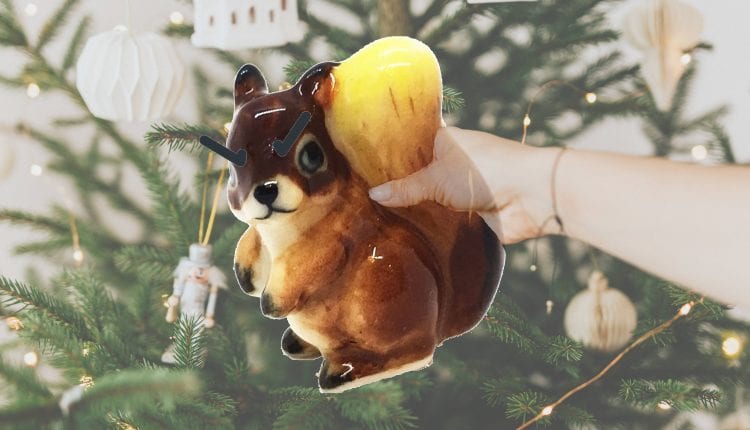 Who Remembers: Woman Stabbed Husband With Squirrel On Christmas Over Beer?

Picture this- it’s Christmas day. Things are merry and bright and everyone is home celebrating. Everyone but you, because you forgot to buy beer ahead of time or you drank what you had. Which seems to be the case with this story because who stabs someone over beer when you’re sober?

The victim told police he went to the store to get beer, but returned home because the store was closed. It was then his wife Helen Ann Williams took the ceramic squirrel and bashed him over the head. When it broke, she continued her assault and stabbed him near the left shoulder on his chest.

She was then arrested for criminal domestic violence of a high and aggravated nature. Now I have to say this may be one of my favorite Christmas stories of things that have happened in the wild. Along with when my husband told me he heard a man yell into his phone dramatically, “Why do you have to fight with your mom ON CHRISTMAS EVE!?”.

Anyway… Williams claimed the victim fell and cut himself. When asked why she had blood on her hand and clothes, she said it was not the victim’s blood and that it had been there. She pleaded guilty in August 2015 to second-degree assault and battery.

Arrested more than once…

Helen Ann Williams was also arrested for knowingly running over someone with a U-Haul truck. She was originally charged with leaving the scene of an accident involving death in February 2017. It came out later that she knowingly killed the person she ran over.