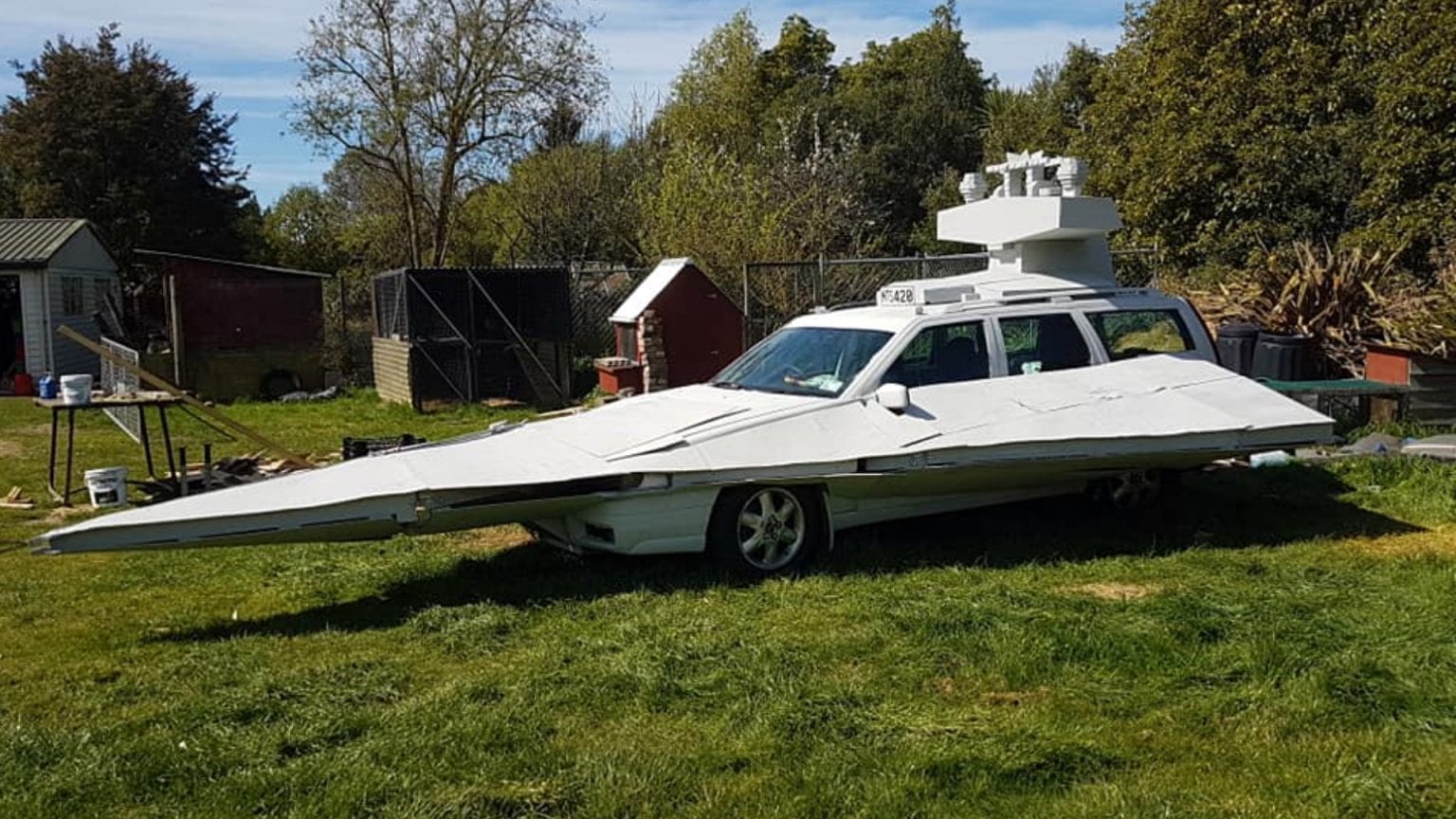 Customized cars are always cool to see out in the wild. Whether it be a “Jurassic Park” Jeep or a Batmobile, they always make you take a second glance. We’re happy to report that a Volvo was turned into “Star Wars” Star Destroyer! We’re not sure if its street legal, but it sure is pretty!

The car was featured in a show called Concours d’Lemons, which is a car show that showcases the oddball, mundane, and truly awful. It may be awful to some but it sure does look cool. I mean just look at it in all its Star Destroying glory. If anything this would be cool to film in fan projects or satire projects.

The ship sustained a direct hit from a X Wing to one of the Shield domes and some hits to the general body from an asteroid field.

From the post we find out that it’s engine has gone kaput and it’s really only good for parts. So maybe if you have the yard space and want something to put plants around and make it look like it crash landed that would be a good idea.