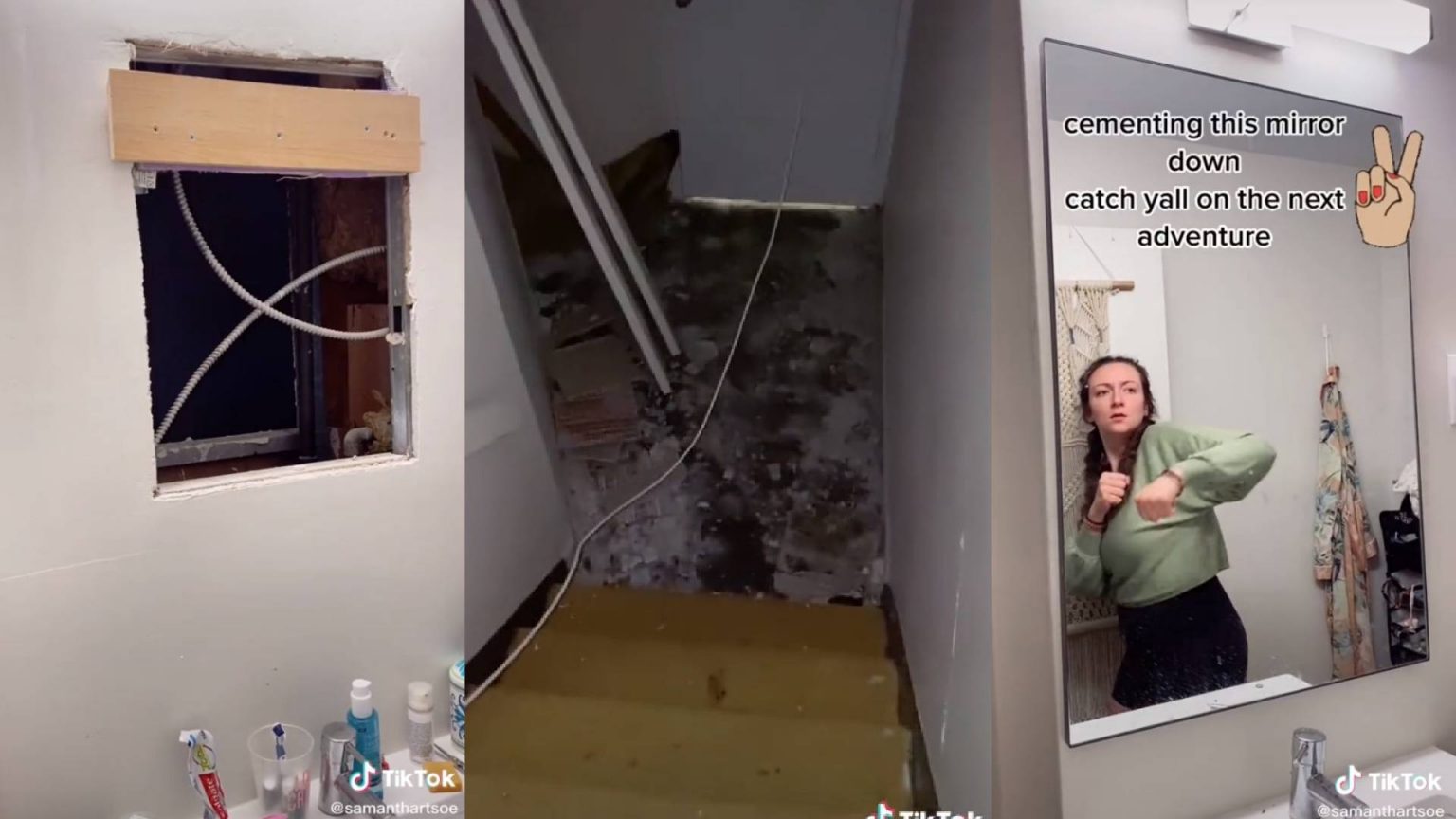 After feeling a draft coming from the most unlikely of places Samantha Hartsoe decided to do a little digging. There was no reason that there should be a cold draft coming into her New York apartment, especially not from the bathroom mirror.

Hartsoe lives on Roosevelt Island and to document the entire thing she made a four part TikTok series that quickly went viral. She removed the mirror and found a gaping hole in the wall which lead to a completely different apartment.

When she went in to investigate she found signs that someone had been there. There was a water bottle and some garbage bags. It’s unknown if management knew the unit was behind the mirror or not.

Whatever the case it surely is strange that there was no mention of it by the landlord. “Oh by the way there’s a gigantic hole behind your mirror, don’t mind it.” Someone on her video even mentioned “Ever seen the movie ‘Parasite‘?” Yeah it’s weird just like that.