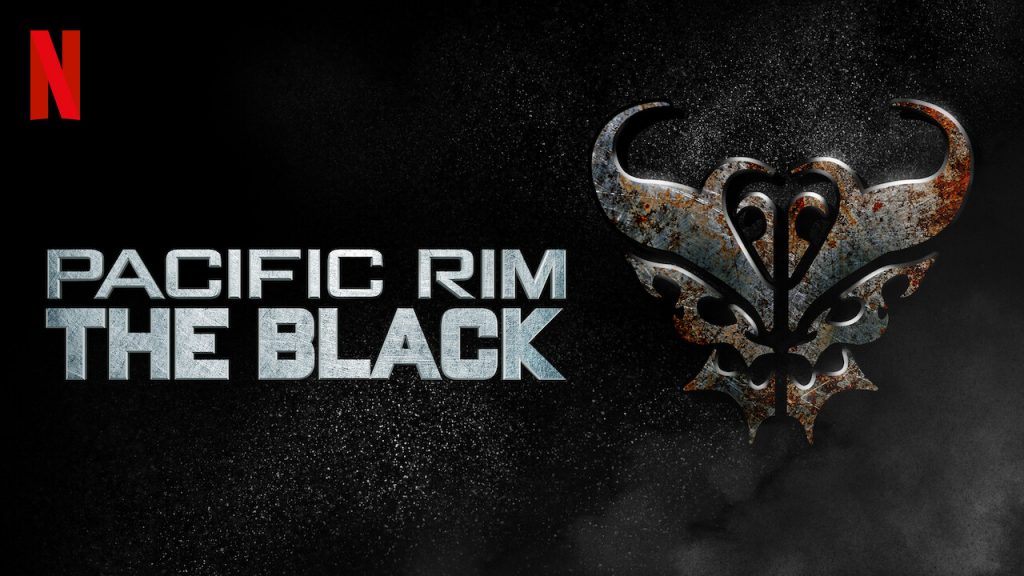 The world of “Pacific Rim” has had a rollercoaster of a time staying relevant. After the critical failure of “Uprising”, it wasn’t certain whether the western mecha-battling giant monster franchise had a future at all. Change is what was needed, and expanding into the world of animation to continue the franchise is “Pacific Rim: The Black,” a Netflix original developed by Greg Johnson and Craig Kyle.

The story of “Pacific Rim: The Black” begins in the middle of the ongoing conflict between the invasive Kaiju, massive beasts that emerge from portals the world over to bring destruction, and Humanity’s response, the giant robotic Jaegers. The continent of Australasia is being hammered during the war, and the remaining Jaegers are on the retreat as Australia is evacuating the population in the face of overwhelming Kaiju attack.

Siblings Hayley and Taylor Travis are among a small group of evacuees carried in the hands of a lone Jaeger into the deserts of Australia. Piloted by the siblings own parents, the Jaeger disappears in combat against the monstrous threat, never to return. Not knowing whether they are lost or orphaned, the siblings are forced into a post-apocalyptic new life hiding in the outback among the small group of survivors. Growing up scavenging, getting by however possible, the survivors face the threat of discovery at every turn

When the impulsive Hayley happens across a buried training Jaeger below ground, the siblings inevitably follow in their parent’s footsteps, joining minds to control the robotic warrior. Their joy is turned to horror soon as the survivor base is attacked by a Kaiju and once again the siblings find themselves without a home and running for their lives.

“Pacific Rim: The Black” crafted its two protagonists well. The Travis siblings are likable, identifiable characters to follow, and don’t fall into many of the expected pitfalls of anime heroes. Hayley, voiced by Gideon Adlon, is the impulsive, tireless sister, always seeking more, and approaches life with headstrong abandon. Her brother Taylor, voiced by Calum Worthy, is the more controlled, collected, thoughtful of the two. Neither fall into stereotype in these roles however, and both have their moments of humor, anger, and frustration with both their sibling and the world around them. Even the training Jeager’s pithy AI assistant, who chides the siblings in the manner of a bored ancillary teacher, doesn’t cross the line into just being the goofy comedy relief.

Following in the style of Netflix’s previous animated trilogy of Godzilla movies, “Pacific Rim: The Black” wears a super modern 3D CGI animation style. Characters move with a touch of the stop-motion look that this style often has, but is noticeably smoother all around, and looks polished. As with all modern anime, your personal taste towards this style of animation may vary. The characters expressions may be somewhat simplistic, but there is a charm to their looks, and the various kaiju look brilliant; including a more memorable variety than seen in the live action films.

The animation found in “The Black” is definitely at its best during the combat sequences, and the show as a whole shines during these moments. The bombastic punch ups between robotic Jaegers and bestial Kaiju are clear, explosive and well put together. Fights have a fairly visceral quality to them that is often lost when heroic combatants are not flesh and blood, and characters feel just at risk in the cockpits of their mecha as if this was a more traditional wartime situation. Combats also tend towards shorter exchanges of more lethal attacks than the protracted drawn-out battles you might expect from an anime series, and this lends itself to a solid feeling of tension and threat when one of the series massive Kaiju is detected approaching our heroes.

The feeling of “Pacific Rim: The Black” is almost the opposite of what you might expect from an animated spin off. Where the film sequel “Uprising” was accused of swerving more into playfulness and comedy, “The Black” tends towards a surprisingly more serious tone at times. The survivalist nature of the heroes predicament gives the feeling it’s set in a world that has already lost the war against the Kaiju.

Where the live action films presented a more hopeful theme of beating the monsters back and saving the world, “The Black” is a world where just staying alive and searching for survivors is the goal. Our heroes here are no trained professionals, they are not the best they are at what they do, they are orphaned children who’ve lost everything but each other.

This feels less about glorious victory and more about crawling along just to get to somewhere they can stop for a breather, and that makes for perhaps a more interesting viewing than the live action counterparts. There’s a world to explore here, and it’s fun following the Travis siblings as they navigate it in a way that watching “Pacific Rim” hero Becket stomp all over Kaiju simply wasn’t. When we meet them, these characters have so much room to grow and to learn, and seeing them thrive, searching for life in their burned out world, is more entertaining than the adventures of just another grizzled solider type hero.

“Pacific Rim: The Black” is available now, only on Netflix.