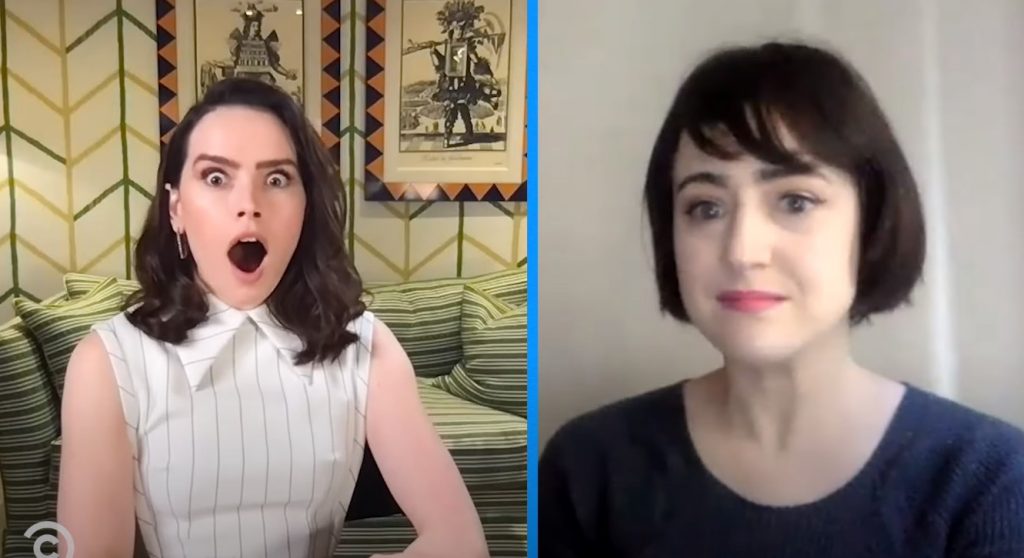 “Star Wars” star Daisy Ridley LOVES “Matilda,” and apparently was surprised with meeting star Mara Wilson on “Stir Crazy.” While being interviewed by Josh Horowitz recently, Ridley spoke about starring alongside Tom Holland in the upcoming film “Chaos Walking,” and her attempts to read some of her past co-star’s minds.

Horowitz asked Ridley if she knew “Matilda” forwards and backwards, and said he wanted to quiz her but was going to need some help.

Watch her reaction when she sees Mara come onscreen in the video below.