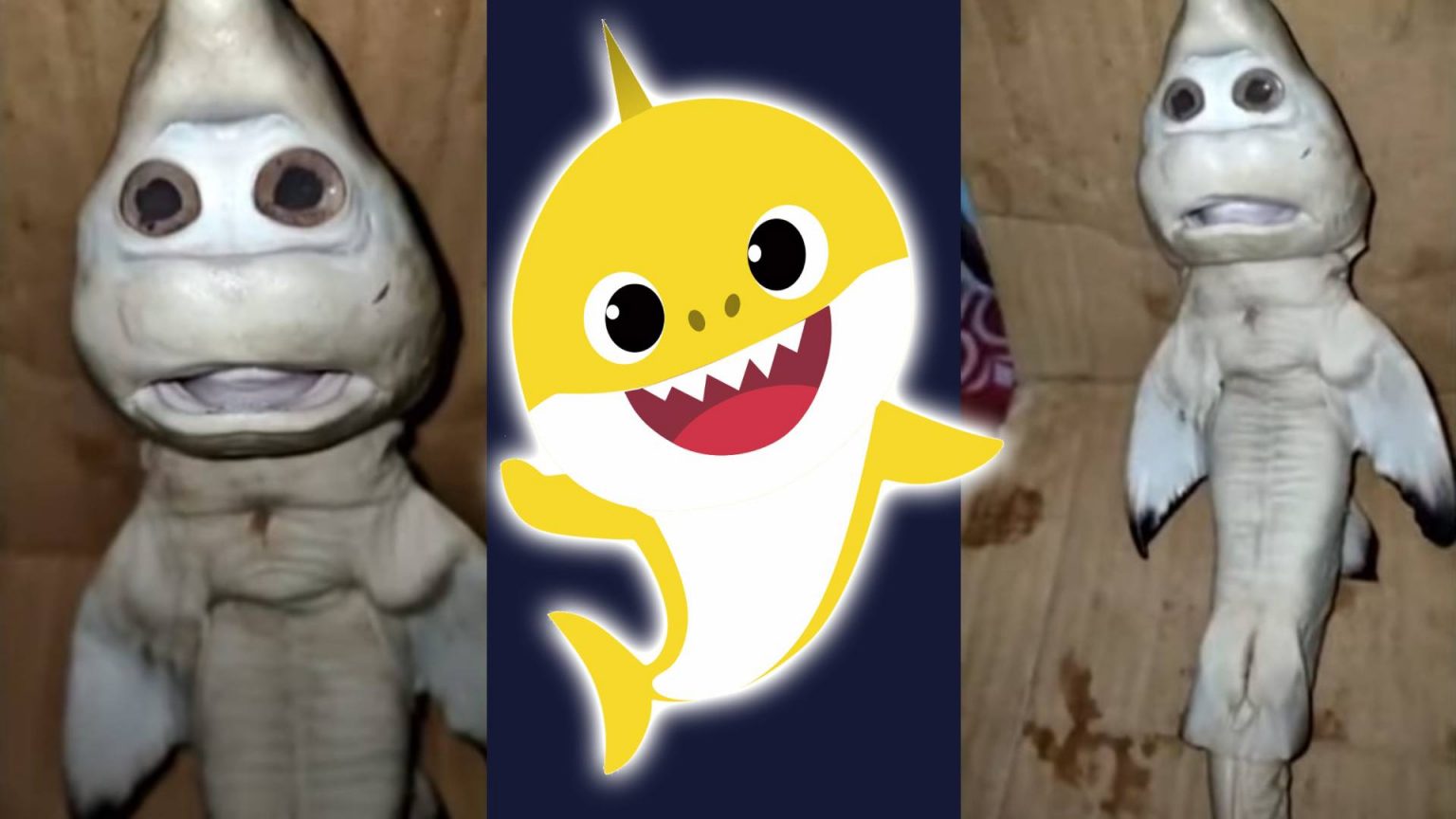 A baby shark that had a face resembling a human was recently found by a fisherman in Indonesia. The man had caught a pregnant mother shark in a net and when he cut the belly open it revealed that she was carrying three pups. The first two looked like the mother but the third had a birth defect that made its nostrils look like large eyes. People are now calling it “baby shark” due to the similarities of its face and the popular cartoon associated with the song.

Abdullah Nuren who caught the shark now has it on display at his home. He says that he’s been inundated with people who have been wanting to see the creature and has even been offered money for it. It will remain a permanent item in his home however as he refuses to sell it.

“I initially found a mother shark caught in the trawler net. The next day I split the belly of the mother shark and found three pups in the stomach. Two were like the mother and this one looked like it had a human face.”

‘My home has been crowded with people who want to see the shark, many people want to buy it, but I will preserve it instead. I think it will bring me good luck.’

The 48-year-old was fishing near Rote Ndao in the East Nusa Tenggara province when he captured its mother.

It’s sad that a mother shark got caught in a net for sure. I know I’m a bit sad about it myself. But the shark’s baby has gone viral and it’s because of its eerily human looking face.

Baby Shark is a viral kids song that’s been stuck in the head of everyone everywhere at least once. The song came out as a music video by Pinkfong in 2016 and has since been viewed over 8 billion times.

If you want to help sharks you can by visiting Sharks.org