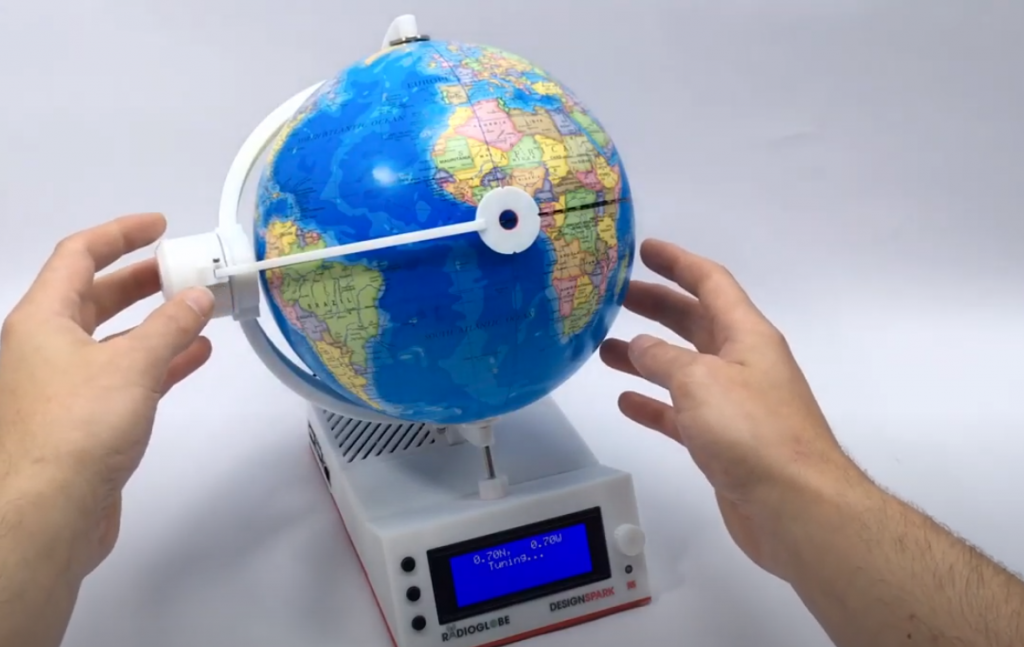 There is a project up on Instructables.com which details how to make your very own Radio Globe. The globe allows you to tune into over 2,000 different radio stations. You can enjoy what other people are listening to at that very moment around the world from wherever you’re sitting.

Product design engineer Jude Pullen, software designer Don Robson and a team of engineers have created this invention and put up the instructions. They say:

This Instructables will show you how to build a ‘RadioGlobe’, which has over 2,000 stations (and counting), from all over the world. Part of the magic is the tension between familiarity and unfamiliarity: It’s both shocking how many radio stations play Western pop music, but then with a turn of the jog wheel, you find an alternative (in the same location) – and you navigate from Boosh FM’s Drum & Bass to listening to a native dialect of New Zealand. It’s frankly, mind-blowing, even though the technology has been around for years.

It’s always fascinating to be able to hear what’s popular in other countries. For example when the person in the video tunes into Auckland we can hear a soothing techno beat. Other places had talk radio in other languages and you’re able to hear what local news outlets are saying. Traffic accident on the freeway in Germany? Well now you’ll know all about it.

Since the project is opensource you’re also invited to make modifications and improvements to it. You can find the link to the project by clicking here.