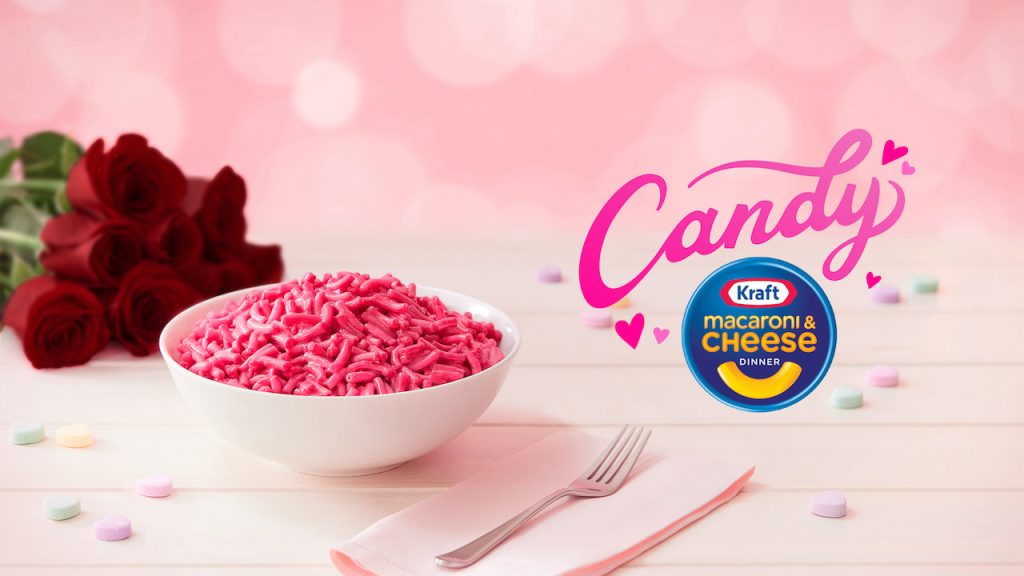 Look, we get that some companies want to get those seasonal ‘holiday’ dollars by making themed items they think’ll sell. BUT, this is where we draw the line. PINK Mac and Cheese?!

Kraft, makers of iconic blue box macaroni and cheese, have just announced what they’ll be doing with their dinner for Valentines Day on February 14th- making it freaking pink.

You’ll make your mac the normal way, but instead of the usual orangey yellow cheese power, you’ll add in a pink one which uses beetroot and carrot concentrates to make the rosy hue.

The catch being that there will only be 1,000 kits featuring this particular flavoring packet. You’ll need to enter a contest, over at CandyCraftMacandCheese, now until February 8th.

After all, nothing says romance quite like mac and cheese.