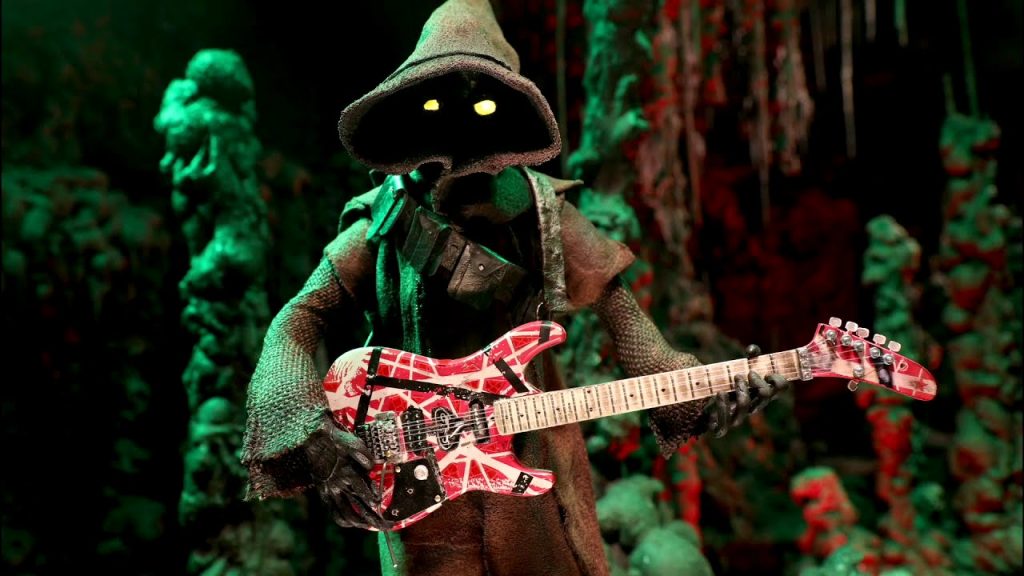 A Jawa Plays “Eruption” in a Tribute to Edward Van Halen

It looks like Eddie Van Halen is known quite well in the galaxy far, far away as well as our own. There is a new video on YouTube featuring a stop motion video of a Jawa playing Van Halen’s “Eruption.”

“Edward Lodewijk Van Halen was a virtuoso, innovator, intergalactic legend. Rumors exist of his origin in this galaxy. Once I scavenged an artifact, I study and learn in deepest tribute I will now preform ‘ERUPTION’. Hit the lights”

A Jawa Plays Eruption: A Tribute to Edward Van Halen is exactly that!! This was an extremely FUN way to pay respects to a musical Legend and to also challenge myself to recreate Eddie’s amazing solo, frame by frame via stop motion animation. Is it perfect? Of course not, that’s impossible and nothing ever is 🙂 The Jawa is a stop motion puppet I fabricated and the guitar is the 1:4 scale (16inch) Mini Guitar (#EVH​-004) that I further customized. The set……well, that’s from/for something entirely different!! Hope you have as fun watching as I had creating 🙂 🙂 🙂

This video is really well executed and you can tell a LOT of time was put into this. Thanks Thomas J Yagodinski for the extensive amount of work you put into this. It rocks!