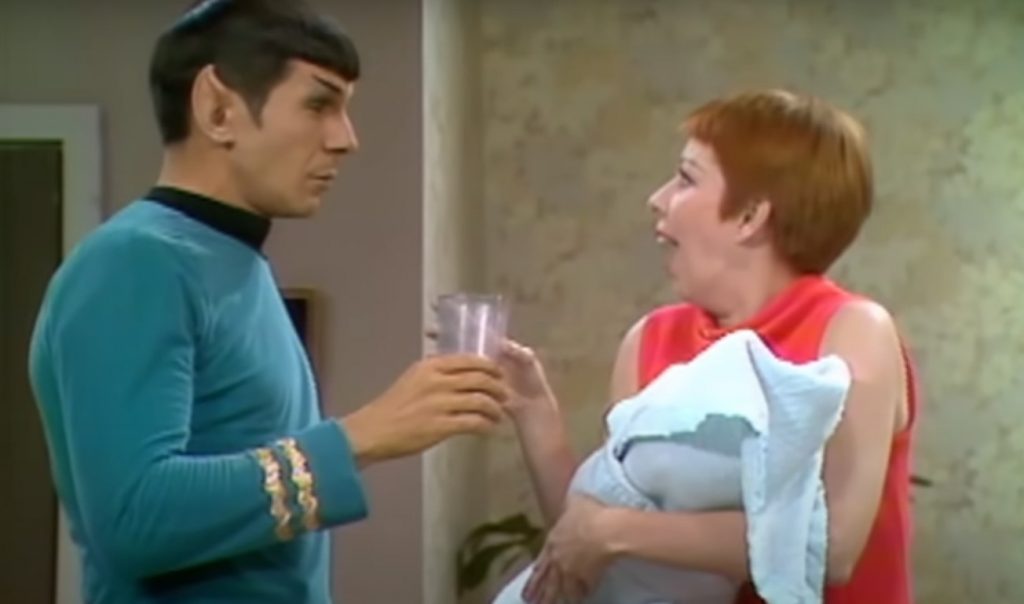 Remember When Leonard Nimoy Was on “The Carol Burnett Show”as Spock?

At her wits end she orders some special tonic from the drugstore, one that will allow her to see the baby. Her husband says it’s too dangerous to test on the baby so he takes the drink to another room to try himself. That’s when we get to see our friend Leonard Nimoy wow the crowd.