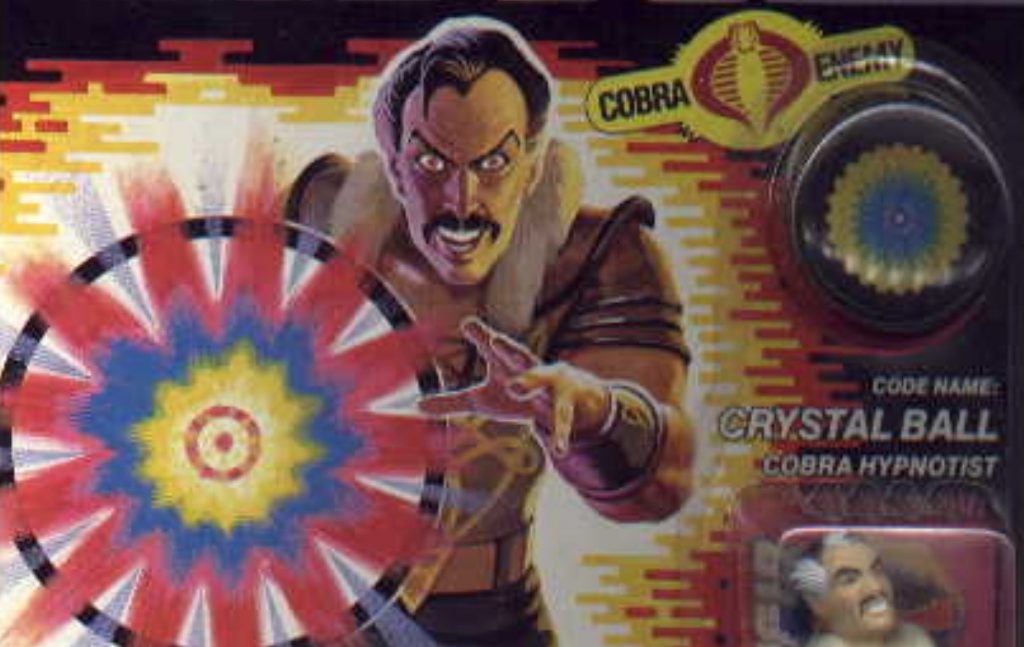 Stephen King Created a G.I. Joe Toy in the 80s

If you want to talk about weird origin stories for toys then I found a doozy for you. Did you know that Stephen King had a G.I. Joe made in the 80s? Crystal Ball was a character that either he or his son came up with and pitched to Hasbro. King wrote the background for the character which gives it a horror connection we never could have imagined. Reading the card that came with the figure now, the mention of Bangor, Maine makes it a bit obvious.

While comic writer Larry Hama usually handled the background stories, his was not used for Crystal Ball.

Born of a Romalian father(who supposedly had “second sight”) and an American mother from Bangor, Maine, Crystal Ball actually was the seventh son of a seventh son… and such men, the gypsies of old believed, were possessed of supernatural powers. That may or may not be true, but Crystal Ball can sometimes read minds, making him a unique addition to the Cobra forces, especially as an interrogator of captured Joes. Cobra doesn’t use torture to interrogate their prisoners, when Crystal Ball is having one of his good days, they simply don’t need to.

Now the story goes one of two ways. Either it was his son’s idea and he pitched it, or he came up with the character. The character ended up looking like horror actor Vincent Price and other names considered were Trance-Master, Prof. Id, Mesmeron and The Gazer.

The reason that people think it was his son’s idea was that he was a huge fan of the G.I. Joe series at the time. To thank Stephen King for his contribution of Crystal Ball, Hasbro made another character called Sneak Peak who’s real name was Owen King.

Despite having such a cool history surrounding the origin of the toy, it did not sell well. According to the G.I. Joe fandom pages it turned into a peg warmer and was the least liked toy in the series. Crystal Ball figures came out in 1987 but could still be seen on shelves at toy stores in the early 90’s. Crystal Ball is almost universally considered the most disliked figure.

If you find one though it may be worth picking up, at least so you can add it to your horror memorabilia collection.