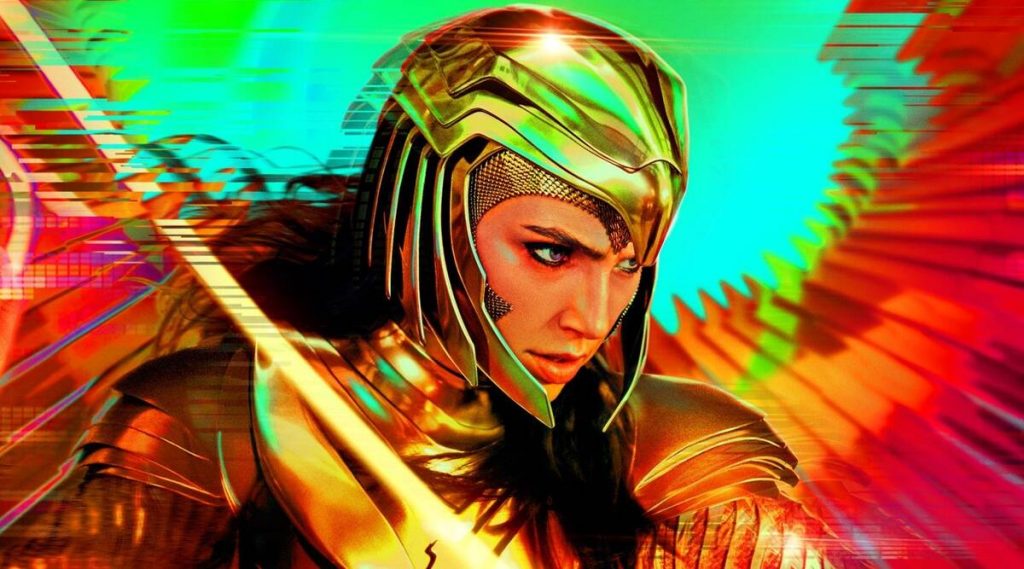 I want to be very clear: I am acutely aware of the inherent ridiculousness of the Wonder Woman story. Even more so, I am aware that her rogue gallery is easily one of the most ridiculous (outside of the Justice League and actual gods) second to only the Flash. Let’s face it, her most famous foe is woman/cheetah hybrid. So I am not here to criticize “Wonder Woman 1984” on the merits of its realism, grounding, or lack there of.

The film is bright and vibrant and perfectly 80s, which is completely fine. My issues with the highly anticipated film are much more in regards to tone, narrative, and overall composition of the film itself, and how it falls victim to just about every sequel folly you can commit. “Wonder Woman 1984” is plagued by these sequel missteps, and ends up being an overblown, imbalanced mess instead of a concise, heartfelt return to greatness.

I don’t know why or how Hollywood hasn’t learned their lesson from this yet. The examples of going bigger, making things longer, and cramming every idea (both present and future) into a single film are endless. Countless sequels continue to do this and fail, and “Wonder Woman 1984” is no exception. Perhaps its biggest and most glaring misstep is the films length. Clocking in at two and half hours is just simply unnecessary, especially for the story that is being told. Truthfully, I’d venture to say 80% of the problem with “Wonder Woman 1984” is how long it takes to tell its story. By making the sequel almost twice as long as its predecessor, it leaves itself open for long lulls and narrative inconsistencies that simply can’t be overlooked. The same story can be told with 45-60 minutes cut from it, but the sequel curse dictates longer is better.

This is exceptionally wrong for “Wonder Woman 1984” as its predecessor works BECAUSE it’s so concise and contained. While I understand wanting to expand the reach and scope of a god on earth, leaving nothing on the cutting room floor isn’t the way to do it. “Wonder Woman 1984” operates as if every idea is a good one. This is never the case, yet sequels push forward with this nevertheless. Because the film does this, it crumbles under the weight of its own sprawling narrative and excessive run time. By reaching beyond your narrative means, you’re left with a tonally imbalanced and over complicated story that simply doesn’t work, and takes us into our next big issue; tone.

When every idea is a good idea and the run time seems to be never ending, not only does your story suffer as whole, but you’re left wide open for an extreme tonal imbalance. “Wonder Woman 1984” suffers from this in a major way, struggling to land on any particular tone despite is wild 80s setting. Look, you’re either “The Dark Knight” or “Thor: Ragnorok.” You cannot be both within the same film, and “Wonder Woman 1984″ desperately tries and fails.

Setting the film in 80s is a terrific contrast to the WW1 period piece of the first one. Trading out the gloom and grays for bright and colorful fanny packs is a unique way to juxtapose the years and years that have passed between the two films. Making Wonder Woman more camp than serious is a contrast worth exploring, especially given the villains we are asking her to square off against. But “Wonder Woman 1984” doesn’t commit to this fully, opting to constantly shift between fantastical realism and silly 80s references. The audience is constantly asked to enjoy the magic and also believe in its realism. The constant tonal shifts in “Wonder Woman 1984” makes it impossible to accept either. It’s like Professor Hulk said, “either it’s all a joke or none of it is.”

Asking the audience to accept that Max Lord (Pedro Pascal) as a larger than life, over the top, stereotypical, try and take over the world villain while also being a down to earth, struggling every man desperate to provide for his son is just downright unfair. We don’t need added humanity to a caricature. We are already given the complexity of characterization with Barbara Minerva (Kristen Wig) who is in conflict with her humanity and desire already. If you’re already willing to include horrible middle eastern stereotypes (a whole different issue I’m simply not getting into here) then you need to commit to villain, too.

This leads us to the final, major problem with “Wonder Woman 1984.” When every idea is a good idea and your film is far too long in an attempt to include to accommodate them all, you sacrifice a straight forward narrative for a string of disconnected scenes. They are held together by the thinnest of story, most of which leaves the audience with more questions than answers. We can’t put all the pieces together because the film doesn’t really let you.

Yes, there are absolutely stand outs and things that work. The chemistry between Gadot and Pine is damn near perfect. Kristen Wig’s turn as a dramatic villain is one of the films strength. There are some solid action sequences that put the wonder in Wonder Woman. There is heart and purpose buried in here that sometimes comes across.

And yes, Pedro Pascal hamming it up is just downright fun. But all of these things are singular and disconnected in the context of them film as a whole. We are asked to the connect the dots that never make a full picture. “Wonder Woman 1984” wants to do too much at once and ends up doing nothing overall.

Additionally, even if you were to cut a majority of the film and give a more straight forward narrative, the editing and pacing is still all over the place. The opening of the film on Themyscura proceeded by a “Superman III” montage is so disjointed and jarring, viewers are left constantly feeling like you’re watching two or three movies at once. Max Lord not given any backstory or motivation outside of world domination until the third act is simply baffling from a narrative standpoint, especially when you consider the fact that its those very motivations that quite literally bring about the film’s bizarre resolution. Not being clear on your own magic creates a whirlwind of problems surrounding wishing, Steve Trevor, and Wonder Woman’s own hero’s journey.

This film feels stuck, desperately trying to move the story forward but never getting out of its own way to do so. Its tonally imbalanced, narratively messy, and simply too long to be fully enjoyed. What’s truly disappointing is that there is s a good movie buried in here somewhere, but by committing too many sequel mistakes, “Wonder Woman 1984″ simply can’t make the good shine them.