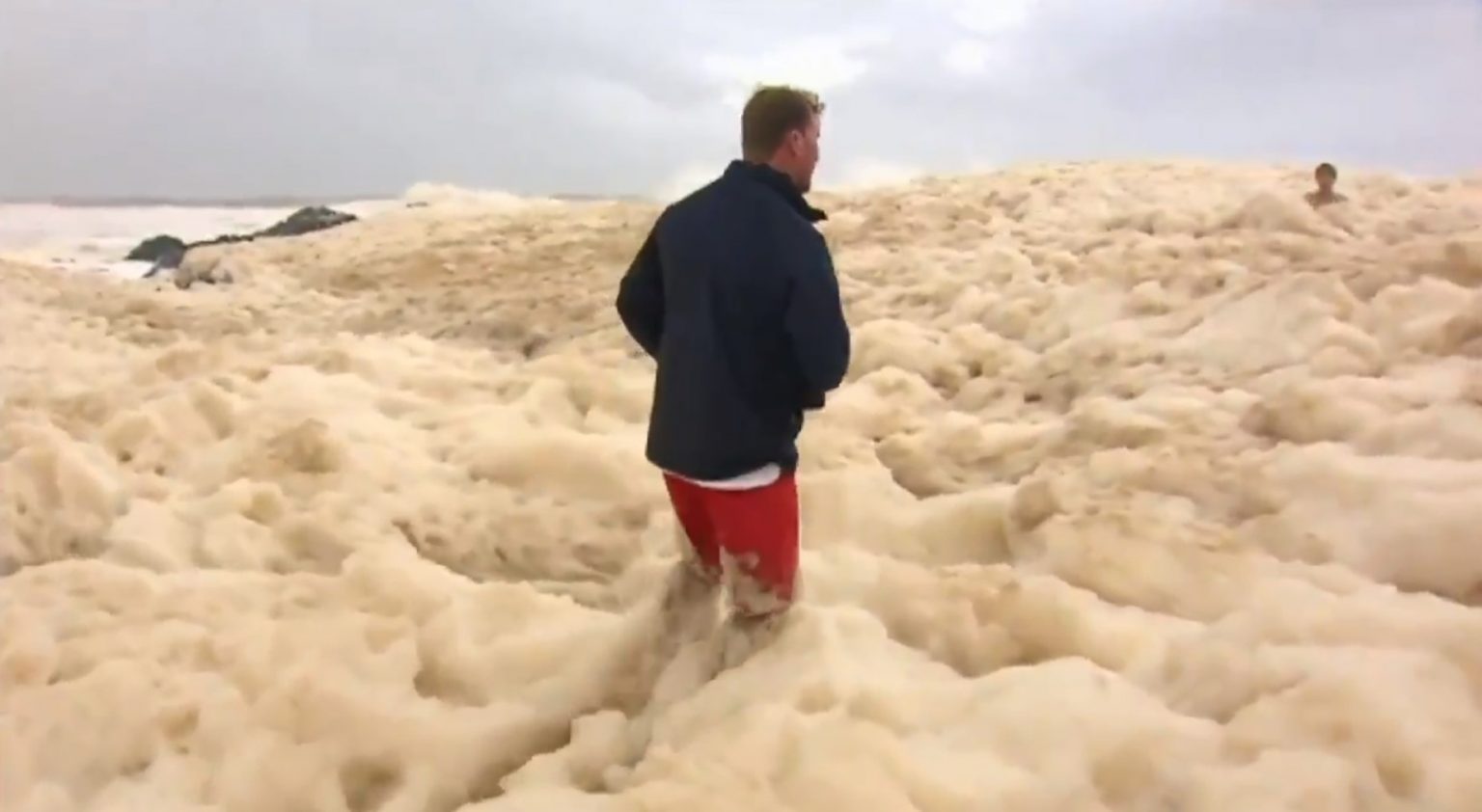 Huge amounts sea foam is now coating Byron Bay, Australia. Sea foam often forms when strong winds and large waves whip up the cresting waves. The difference between regular sea foam and this however is that along with the foam washing up on shore, a large amount of sea snakes have been washed up as well.

The foam is covering the beaches of New South Wales and Queensland, Australia. The sea foam is the result of the current storms churning the seawater with algae, salts, fats, and other pollutants. It can get very thick and can be hard to see into.

Many citizens are enjoying the foam by playing in it. To be fair it looks like it would be a blast to flop in, much like snow or bath bubbles. But they are being warned not to go into it because of the debris and venomous sea snakes that are lurking inside.

There are 32 types of venomous sea snakes that if they bite you, require anti-venom. It is important however to say that deaths occurring from the bites of sea snakes are incredibly low. However they are painful and may not be apparent until up to 30 minutes after you are bitten.

“There’s been trees and things like that have washed up. I think there was half a cow that washed up at the beach yesterday, so make sure what’s in front of you — there are trees and logs floating around, so please be careful.”

Not only are they warning against debris and venomous snakes, but also against unseen currents. The water underneath has been known to have such strong currents that you could be pulled out to sea. So that’s just one more thing to keep in mind if you want to make yourself look like a sea foam Santa on the beaches of Australia.