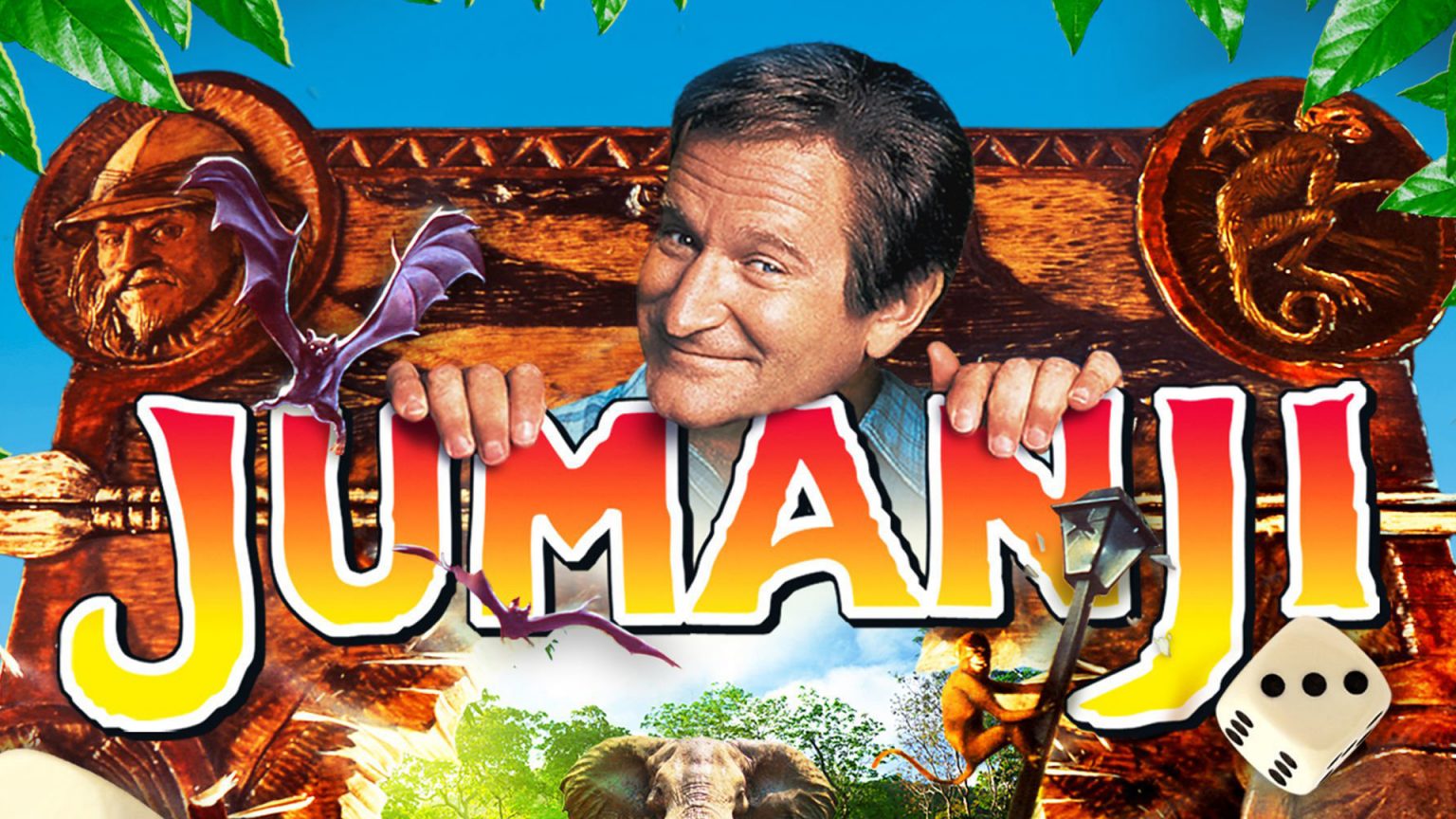 I don’t think anyone could have predicted that 25 years after its release, “Jumanji” would be the one of the most relevant films of 2020. In addition to completing bingo cards, it’s one of the popular jokes in the current cultural lexicon; whoever started playing the game better hurry up and finish because 2020 is out of control.

None of this is relevant to the merits of the actual original 1995 film, but it’s worth noting anyway. I am also acutely aware that in this particular case, there are young adults walking around believing that “Jumanji” starts with Dwayne The Rock Johnson and Jack Black version. This is unfortunate, because the original stands the test of time, remaining a fun, enjoyable watch for both kids and adults.

[You can pick up a box set with all three films on 4K here.]

“Jumanji” follows Alan Parrish, a young awkward boy in 1969 who’s the son of a prominent shoe maker. He is continually picked on, and during a scuffle that leaves him beat up he finds the board game named Jumanji and takes it home. After an argument with his father, he plans to runaway until his friend Sarah Whittle comes over to return his bike and they begin a game which unleashes African bats and traps Alan in the game. 26 years later, young siblings Judy and Peter move into the house and begin the game again. This unleashes new terrors into the world, and brings Alan back from the jungle. After finding Sarah, they all must struggle to finish the game before the disasters become too great to contain.

I’m gonna be completely honest and tell you that reviewing films that I really enjoyed watching tend to be the hardest to articulate. When they aren’t particularly deep or meaningful (which this one isn’t, and isn’t trying to be), it’s hard to write a credible review when your only feelings are a little more than, “Well, that was fun.”

The original “Jumanji” certainly falls into this category, so if it seems that my problems with the film are nitpicking at best, I’ll just come out and say it: “Jumanji” kind of does exactly what it sets out to do, and it’s not really a necessity to get any more in depth than that.

Directed by Joe Johnson (who also directed “Honey I Shrunk the Kids” and “Captain America: The First Avenger“) and starring Robin Williams in the titular role of adult Alan Parrish, the film is powered by its cast and overall narrative cohesiveness. Obviously you have to be on board with an almost sentient board game that brings dice rolls to life in real time, but outside of that, the film has a strong balance of pacing, storytelling, adventure and pending threats. It almost manages to be whimsical too; it’s kind of like “Jurassic Park” without any of the consequences.

The first act has more in common with horror/mystery than it does child adventure, but as the film goes on it eases up on the first two elements. There’s a lot deep seated issues under the surface though; processing grief, father/son relationships, family, etc that are all included but glossed over in lieu of monkey shenanigans.

Where the film really shines is with its casting. Robin Williams and Bonnie Hunt are quite the pair, with Williams surprisingly staying on script far more than usual. Apparently, Johnston was hesitant to even hire Williams because of prominent improvising, but ever the professional, Williams understood and stuck to the words on the page for a large portion of the film. This actually shows more than you would think, as Williams is far more contained and controlled than his normal manic performances. Because of this, Williams demonstrates his range more than he’s given credit for, and only later in his career, dives into with more dramatic roles.

The Captain Hook/Father trope with Jonathan Pierce playing both Samuel Parrish (Alan’s father) and Van Pelt, fierce hunter from the jungle Alan was trapped in. Pierce does a good job in delivering the same father/son message in two different characters, and it’s a role he clearly had a lot of fun playing.

The film is hardly problematic, but it’s not perfect either. The special effects, even for 1995 don’t really hold up overall, especially with the monkeys. Also, the idea that 5 loose monkeys can essentially overthrow an entire city in a matter of hours is far fetched, even in a movie about a game that brings disaster to life. Additionally, the third act of the film starts to lose some steam, as the premise starts to feel stretched just a little bit. And then there’s the whole child Alan and Sarah becoming adults, finishing the game 26 years later, then returning as children with all the knowledge of being adults. it’s not necessarily important, but we’re getting nitpicky here so ya, under scrutiny it’s hard to reconcile the absolute mind job that would have on someone.

If you’ve never seen the original “Jumanji,” I would highly recommend giving a watch. If for nothing else, watching this and “Jumanji: Welcome to the Jungle” back to back makes both feel more connected than expected, and lays the groundwork that makes the sequel even more enjoyable than it already is. I actually ended up watching all 3 films back to back while writing this, and it’s surprising how much the creators are able to get out of a simple premise. There’s even an animated series that ran from 1996-1999, but it mostly retcons the original film and haven’t watched it so I can’t properly speak to it.

This is a fun family film that still holds up today, and given the climate of 2020, it may be just what you need right now. Pick up the Blu-ray on Amazon here. Just make sure you yell “JUMANJI!” at the end of it.

You know, just in case.