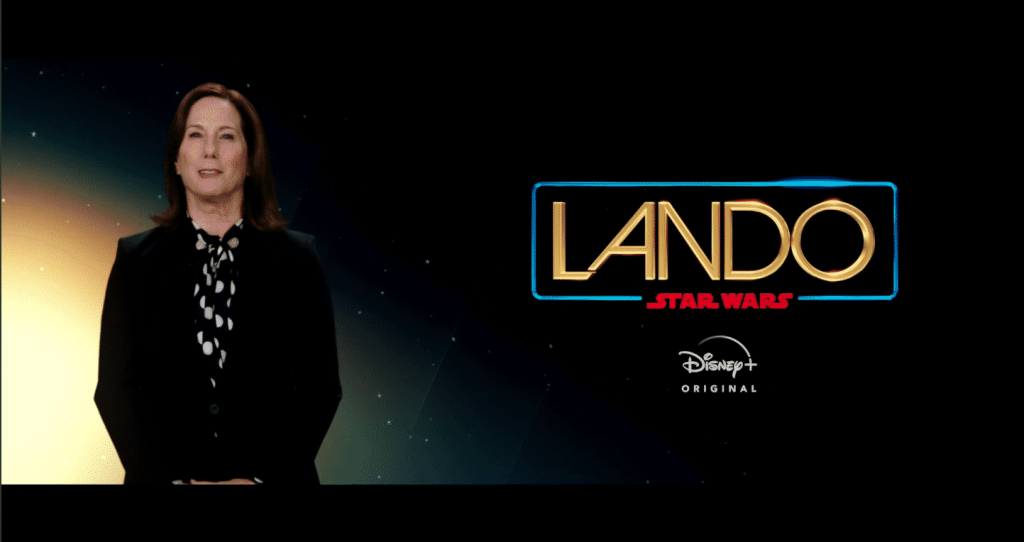 We literally can’t catch our breaths with all this “Star Wars” news from today’s Disney Investors Day. In addition to all the live-action LucasFilm projects announced by Kathleen Kennedy, there were also a TON of animated projects.

Like “Lando,” being developed by “Dear White People” filmmaker Justin Simien, who happens to be a huge fan of Captain Calrissian..

There’s also “The Acolyte,” described as a mystery-thriller into the shadowy secrets of the final days of the High Republic era. “Russian Doll” creator Leslye Headland is helming this one.

There was also an AWESOME teaser of the upcoming “Star Wars: The Bad Batch” series. It will follow the elite and experimental clones of the Bad Batch (first introduced in “The Clone Wars“) as they find their way in a rapidly changing galaxy in the immediate aftermath of the Clone War. Members of Bad Batch — a unique squad of clones who vary genetically from their brothers in the Clone Army — each possess a singular exceptional skill which makes them extraordinarily effective soldiers and a formidable crew. In the post-Clone War era, they will take on daring mercenary missions as they struggle to stay afloat and find new purpose.

“Star Wars: Visions” will be a series of animated short films celebrating Star Wars through the lens of the world’s best anime creators. The anthology collection will bring 10 fantastic visions from several of the leading Japanese anime studios, offering a fresh and diverse cultural perspective to the galaxy far, far away.

Also announced was “A Droid Story.” This epic journey will introduce us to a new hero, guided by legendary duo R2-D2 and C-3PO. That’s kind of all we know about this one!