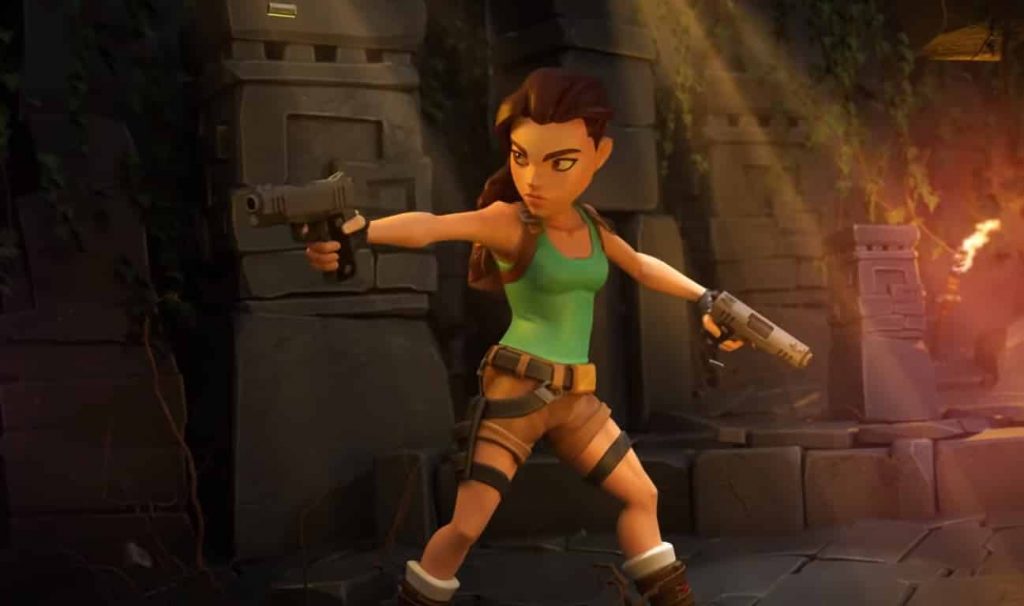 Right now, we don’t know much about what this new title will entail. The announcement was accompanied by a short teaser video which shows Lara inside a tomb shooting at enemies. We see wolves, giant black and red spiders, a rock troll, a ton of spears and even a T-Rex. As usual, Lara will have her hands full trying to nab her next precious treasure. The announcement gives no indication of where this story falls in the timeline, or if it is even canon at all.

Since the trailer is so short, we also have no indication of how this new title will play. Nor do we have any idea how microtransactions will work for it. However, the trailer does show us that this title will give us Lara in a much more cartoony form. It’s definitely a jarring change compared to the hyper-realism of the most recent Tomb Raider titles. We’re still trying to get images of Lara being impaled on spears out of our heads.

Since the last full-size Tomb Raider title released in 2018, “Shadow of the Tomb Raider,” we likely won’t be seeing another full-size Lara adventure for a few more years. So it’s nice that we will at least have this to tide us over. “Tomb Raider Reloaded” will be arriving on mobile devices at some point in 2021. Square Enix promises more information and updates are on the way.