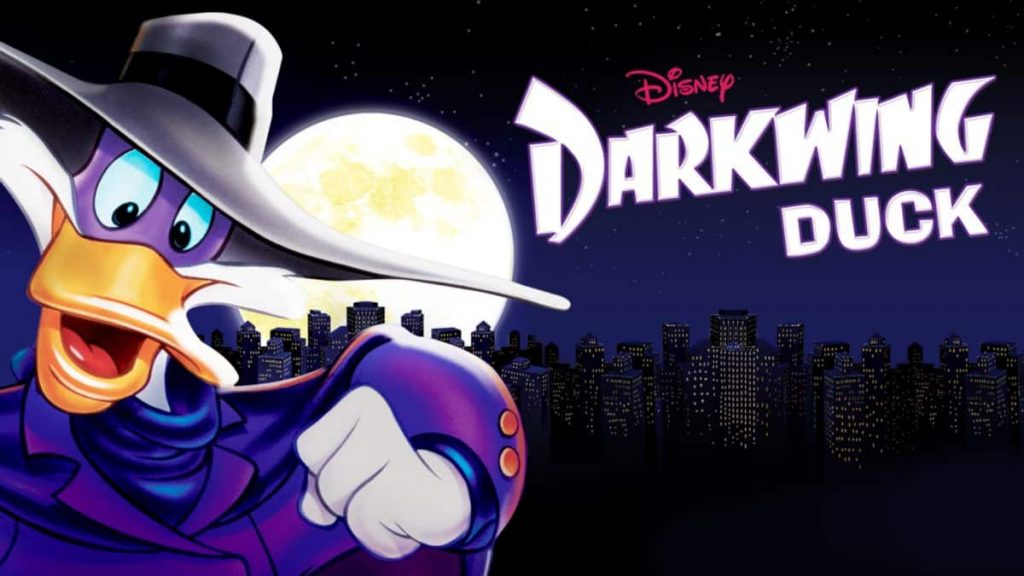 Disney+ is revisiting another beloved animated series, rebooting the terror that flaps in the night- “Darkwing Duck!” Announced last week, the reboot is still in the early stages of development, with Seth Rogan, Evan Goldberg, James Weaver, and Alex McAtee possibly on board to produce.

Darkwing Duck *does* currently appear from time to time on Disney+’s rebooted “Ducktales” (woohooo!) series, but there is no indication that this new Darkwing Duck will be that version.

That’s pretty much all we know for sure so far, as Variety’s report was scant on details.

You can watch classic “Darkwing Duck” episodes, only on Disney+.