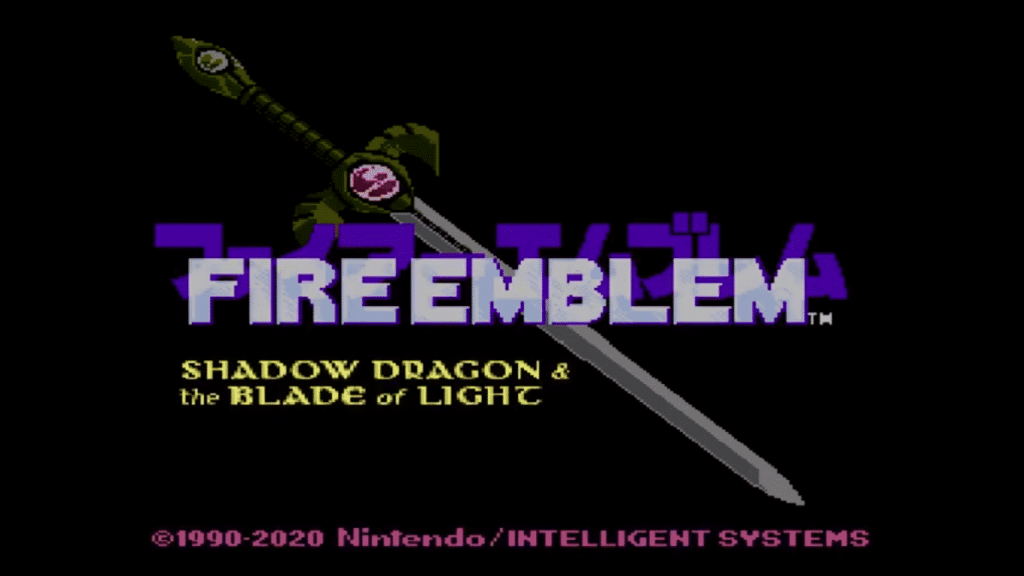 2020 may be a disaster but at least Nintendo games have a reason to celebrate! In addition to Mario’s 35th anniversary, this year also marks Fire Emblem’s 30th anniversary. Of course, Nintendo is celebrating this milsetone in epic fashion. Nintendo is bringing the first ever Fire Emblem game, “Fire Emblem: Shadow Dragon & the Blade of Light,” to the Nintendo Switch!

Previously, the game only saw release in Japan for the Famicom. However, Nintendo did make a full remake of the game in 2009. This remake was known as “Fire Emblem: Shadow Dragon” and was available for the Nintendo DS in both Japan and the west. However, this new release is the first time that the Famicom version will be available in english. The title will not be available in Switch Online’s NES library. Instead, it will be a standalone purchase on the Nintendo eShop. It will cost $6 USD. A $50 collector’s edition will also be available with a ton of physical goodies. These incluce an NES instruction manual, a 222-page art book and an NES-style box and game pak art piece.

“Fire Emblem: Shadow Dragon & the Blade of Light” features more than 50 unique characters. Setting the framework for the franchise, you will need to maneuver these characters around a battlefield to strategically claim victory. Of course, this title utilizes the franchise’s permadeath feature. So make sure every move counts, there will be no second chances. In addition to English text, this new release sports a ton of new features. Players can use a rewind feature to skip to a previous turn, utilize a save state function or fast-forward through animations.

This new release for the original Fire Emblem is only available for a limited time. It will only be available to purchase from December 4, 2020 to March 31, 2021. So make sure to grab it before it disappears forever!