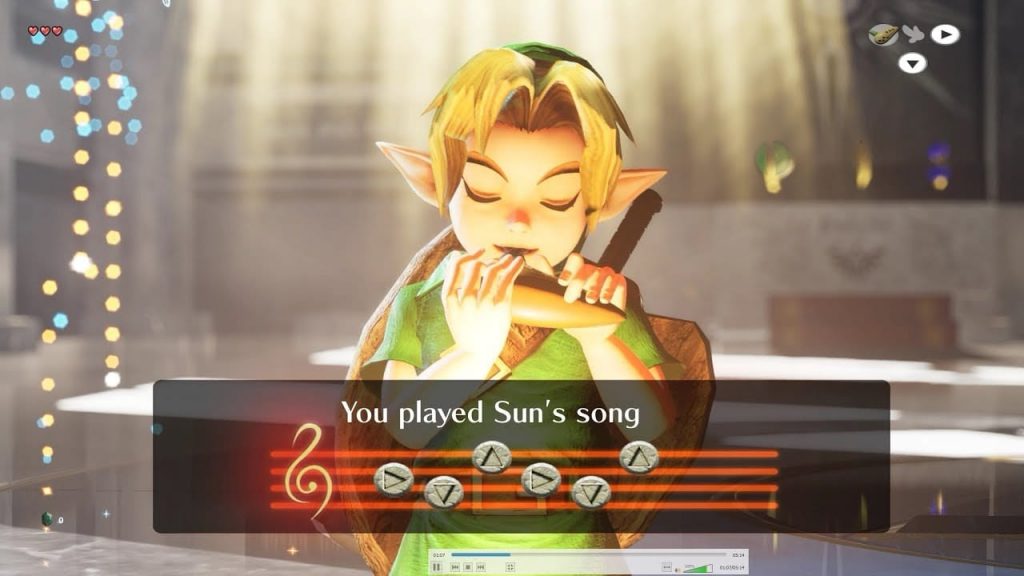 When you think of Link there are a few images that likely spring to the front of your mind. First, there’s his iconic green outfit. Then, there’s his classic combo of the Master Sword and Hylian Shield. Finally, there’s his ocarina. In some form or another, ocarinas have been an important piece of Link’s journey through many different Zelda titles. However, one streamer decided to take things a step futher by actually battling a boss using a real ocarina.

The person in question is New Zealand-based streamer and YouTuber Rudeism. He specializes in building custom controllers for various platforms. Naturally, he concocted the idea to build a custom ocarina controller. As he plays notes on the ocarina, it inputs commands that Link carries out in “The Legend of Zelda: Ocarina of Time.” It looks like a lot of work to build and even more work to successfully play. In his video, Rudeism uses this controller to defeat the boss King Dodongo. Honestly, we’re wondering how he had any breath left to yell in victory at the end.

This is far from Rudeism’s first time navigating a unique controller. In the past, he played “Untitled Goose Game” using a custom Goose controller. I’m sure some deep, dark part of that Goose controller wanted to steal itself. He also built a motion controlled knife for playing “Among Us.” Currently, he is creating a Fall Guys controller that looks like one of the bean characters you play in the game. We’re certain the ocarina was much easier to hold than this piece will be. Regardless, seeing someone play Ocarina of Time with an ocarina is a thing we never realized we needed in our lives. You can check out all of Rudeism’ work over on his Twitter page.