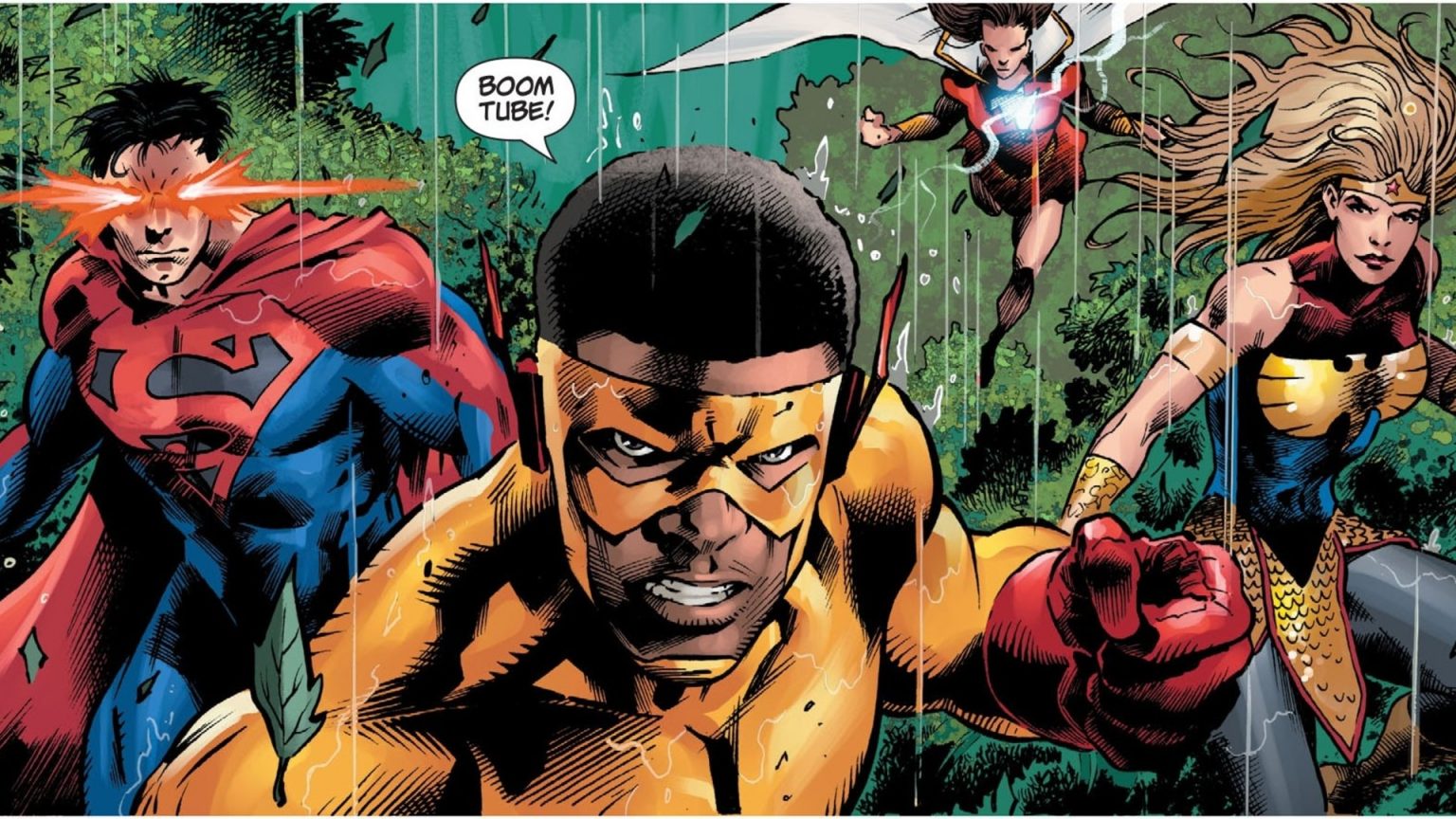 Welcome to another issue of “it couldn’t get any worse …. Right ?!” series DCeased: Dead Planet. The series combines the spectacle of disaster and the drama of these legendary DC characters who are fighting against all odds.

In the Last issue of Dead Planet, we found out that: Trigon is coming for the earth, the mysterious garden contained an army of Amazo Robots, and that Mr. Miracle was alive and said that he’ll have to lead the heroes to the home of the New Gods.

So can the League take Metron’s Chair and discover the cure for the Anti-Life Virus ? Let’s Dive in.

Constantine and his group come back to the garden and reveal his plan ; to trade Madame Xanadu’s  crystal ball to Metron for the answers they seek. First they need to go to New Genesis to have the new gods summon Metron. After Consoling Green Canary, and Mary Marvel promising to put the infected Green Arrow somewhere safe, the group boom tubes to New Genesis.

They’re welcomed and a meeting is set up. The Highfather tells Mr. Miracles to be involved in his son’s life , a son that was dropped off on the planet for his own safety years ago, and they head out to confront their prey.

They attempt to capture Metron, and fail. He only allows Cyborg to use the chair after Mary Marvel and Superman talk him into it. Cyborg figures out how to create a cure, and after seeing the future, Metron Immediately leaves.  The heroes Boom Tube back to earth.

During the fight, a chunk of Apokolips which was cracked during the fight explodes, freeing a Anti-Life infected Darkseid who then lands on New Genesis.

Every issue I read of this series I wonder : am I going to get tired of the “everything gets worse shtick” that drives the drama of this series. And after reading this issue, the answer is no.

These poor heroes first had to deal with these anti-life zombies, now an Amazo army, an upcoming Trigon invasion, as well as incoming attack from an infected Darkseid. Not to mention the possibility of an infected Superman abandoning his attempt to drain the earth’s sun of his power to reign havoc on the survivors.

The story sprinkles in these moments of humanity that are just really great moments to breath in-between the horror moments of the book. And there’s this conflicting feeling of wanting more of these moments, and time for characters to breath and explore the setting. But I understand that there’s the limits of the page as well as the story it’s self

Once again, Trevor Hairsine and company really do a great job with these static panels, as well as the dramatic splash pages. While some of the faces, more particularly those conveying a dramatic emotion, are starting to look similar, they still are finely executed. And any similarities between facial expressions on different character are more likely to be attributed to the artist style.

DCeased: Dead Planet is written by Tom Taylor, with Trevor Hairsine on pencil’s, Gigi Baldassini and Stefano Gaudiano on Inks, Rain Beredo on colors and Saida Temofonte on letters.