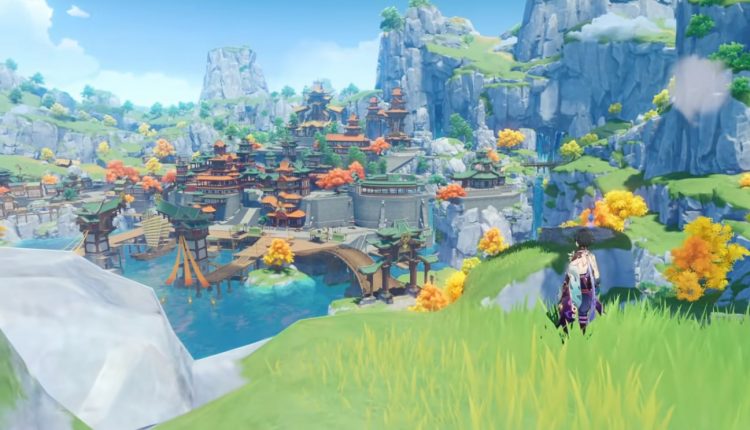 “Genshin Impact” Getting Two Updates This Year Including New Zone

Battling dragons, cooking recipes, exploring new areas and conquering domains- there is a lot to keep you busy in the world of Teyvat. After all, “Genshin Impact” offers players a massive world to explore. On top of all this, new characters and weapons obtained from wishes help to keep the game fresh even when exploring well-traversed areas. Now, we have even more content to look forward to in the future. Developer miHoYo has released their roadmap for future updates to the game and we are getting two updates before the year ends.

Our first update, titled update 1.1, is arriving on November 11. This update focuses on quality of life improvements to the game. It will include a game feature to lock items and equipment so they are not accidentally used to enhance other items. A monster and item encyclopedia is also coming to the game. Additionally, players will be able to consume food and items without having to open the inventory. Finally, a new item is being added to the game that will help you find chests and collectibles that you might have missed. This update will also include a new event known as “The Unreturned Star.” It’s unclear exactly what this event will entail.

Update 1.2 promises far more excitement. This update arrives on December 23 and offers players an entirely new zone to explore. Dragonspine is a region of the map just below Springvale that is currently inaccessible to players. However, update 1.2 will open the area up for exploration through a new in-game event. So far, all we really know is that Dragonspine is actually the name of a mountain. Regardless, the area will offer players a ton of new exploration and treasures to discover. miHoYo plans to introduce a new update every five weeeks, so there certainly won’t be a lack of new content.

So get ready for new and exciting changes to be arriving in Teyvat soon!