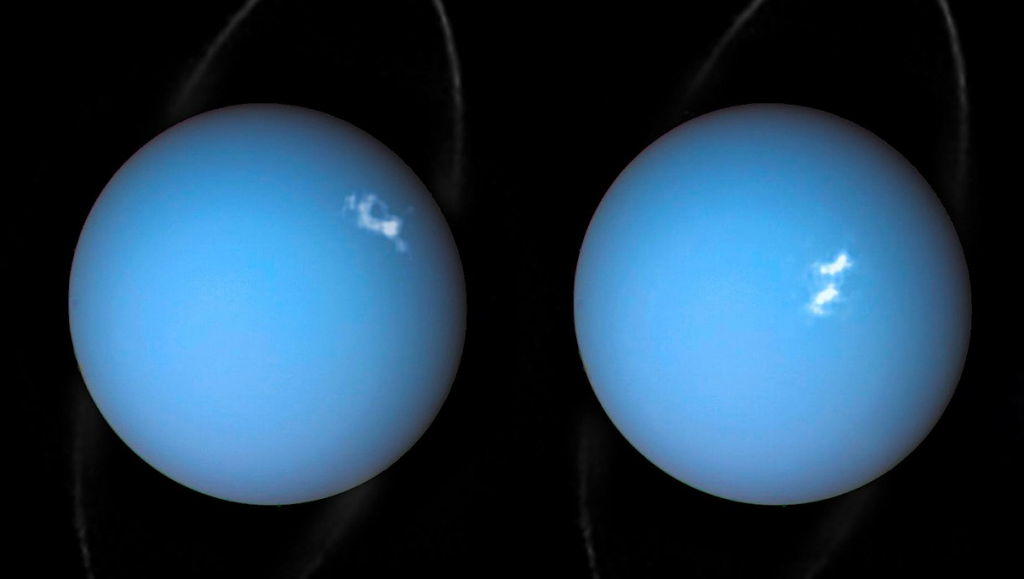 Some of my favorite articles are the ones where the puns write themselves. Of course we’re going to try to keep this less funny and more science oriented. But definitely know that I chuckled when I found out that Uranus was leaking into space.

Uranus has already had a hard time out there in the universe having something tip it over. It’s axis is leaning to one side and now scientists are saying that it’s leaking gas out into space.

Hidden in the data from Voyager 2’s historic 1986 encounter with Uranus, over three decades ago, was the presence of a plasmoid. A plasmoid is a pocket of atmospheric material being funnelled away from Uranus by the planet’s magnetic field. While this is not uncommon it does make for a lot of jokes, especially because we all know and love Uranus as the gassy planet.

Other planets that are currently leaking are Venus which is leaking hydrogen, Jupiter’s moon Lo and Saturn’s moon Titan, as well as our planet Earth. Earth is leaking about 90 tonnes of atmospheric material a day (don’t worry, we have around 5,140 trillion tonnes) so it’s going to take a LONG time to make any kind of impact.

There’s a lot more to unpack with this information that I can articulate, but if you want to read more about it you can by clicking the link here.