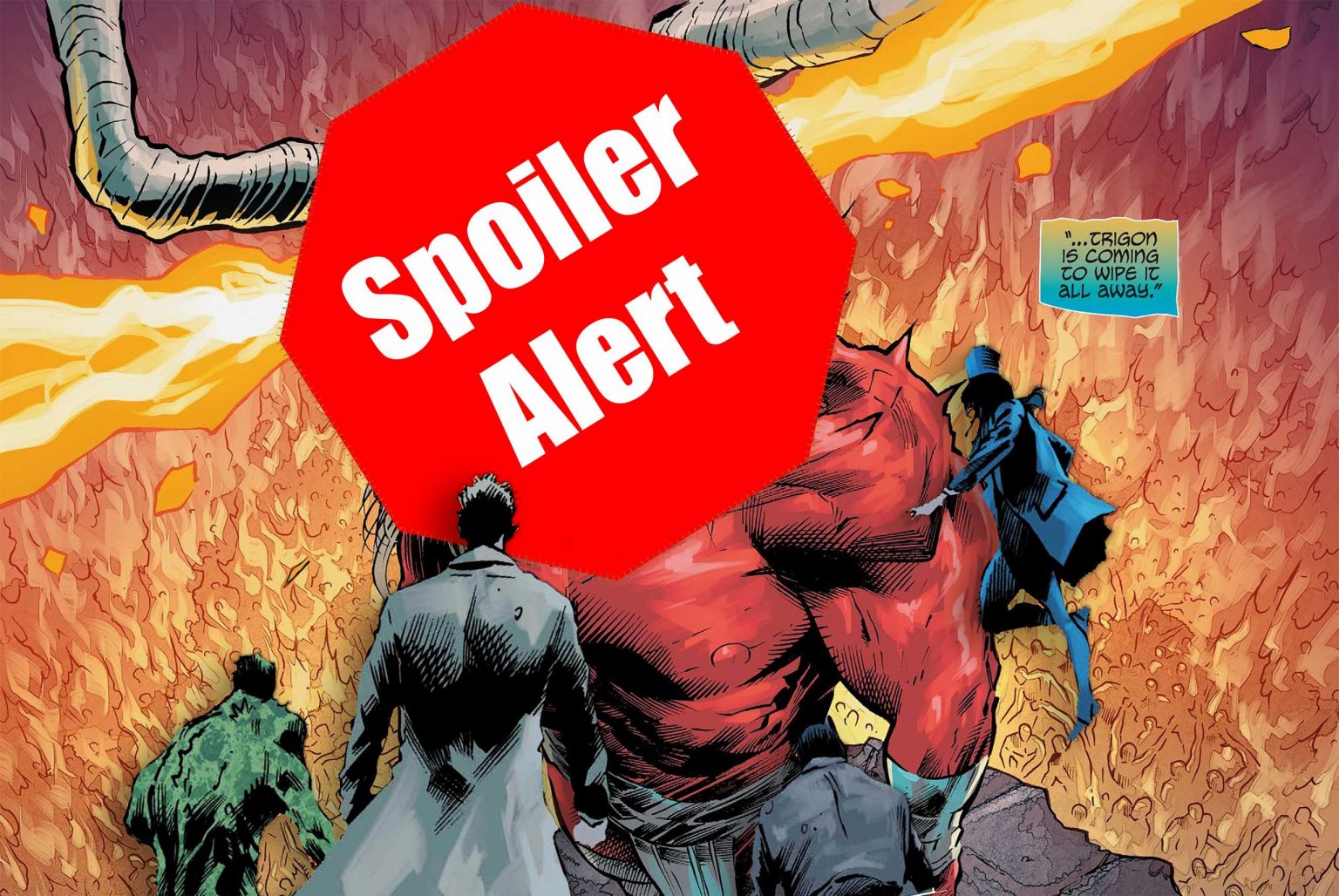 A bigger Threat is revealed in this new issue, putting a timer on their endeavor in finding a cure. Trevor Harisine / Dc Comics
Comics

[Spoilers] Is Coming To Destroy the Earth in “DCeased: Dead Planet” #3

Welcome back to another issue of the hit, ” even though their functionally zombies, we swear they’re not zombies” series- DCeased: Dead Planet, where your favorite Dc character will probably die and try to kill your other Dc Favorite.

In the Last issue of Dead Planet, The Earth 2 survivors head over to Poison Ivies garden, hoping that they can heal the bleeding out Jonathan Kent. The ShadowPact heads over to the “garden” in Australia, and are taken out by an infected Plastic Man.

So is the Pact broken? And will Superman Survive his wounds? Lets dive into the book and find out.

We find out that while Ragman and Blue Devil have died, the latter member managed to save the rest of the pact with Swamp Thing shielding them in a ball of plants. Zatanna manages to set hellfire on Plastic Man and they get invited into the bunkers by the Penguin, Simon Stagg and Maxwell Lord. Meanwhile, Mary Marvel and Dr. Fates healing of Jonathan Kent is successful. Jason Blood reveals to Constantine, in private, that Trigon is coming to destroy the earth due to hells’ denial of the souls stuck inside the infected blight. Swamp Thing attacks after learning that the bunker has been torturing the Floronic Man to produce vegiation for them.

After killing Maxwell Lord, they’re attacked by multiple Amazos – androids who have the ability to duplicate peoples powers, most noticeably the Justice League. The League concludes that there should be a “Life Equation” somewhere out there, realizing that the New Gods should have information on it.

John Constantine goes to Mr. Miracle( Who survived the events of the Spin off book DCeased: A Good Day To Die) and reveals to him that there is a possible cure and that they need Apokoliptian Knowledge. And since the planet is destroyed, it looks like they’ll have to make a trip the the home of the New Gods, New Genisis.

I’m really glad the shadowpact, or at least most of it, is still alive; especially since death in this universe is slowly loosing its impact. But the fact that they just described that Blue Devil saved them, yet we have no idea how, is a bit weird but we only have so many panels and pages to work with so I can forgive it.

The idea of finding information on the cure on New Genesis is a great idea that works within the story. Writer Tom Taylor, within the confines of DCeased, does a great job of introducing interesting ideas, and seeing how the whole event( as well as the destruction of Darkseid) has affected the New Gods is exciting.

Due to the limited space of the book, moments where Damien hugs Jim Gordon and Mary Marvel talking to Jonathan Kent, are really nice little respites between the drama and murder. And its these moments that really anchor the series, because without them I’d just be vapid-but cool- death and spectacle.

Once again, the art by Trevor Hairsine works really well with these big splash pages and conveying different plain emotions on characters. Big moments are really pulled off well by Hairsine, portraying such wonderful use of space, muted color, and pose. And the almost simplistic emotions displayed on faces, whether they be fear, happiness or surprise, work well for a story whose appeal is based on shocking spectacle.

Trigon coming is cool, but I’m more excited and hopeful that we’ll see what happen to Raven( and other Titans) within the world of DCeased. So next up is a possible heist on New Genesis, and I’m excited to see where this whole story goes. Fingers crossed that nobody else dies.

DCeased: Dead Planet is written by Tom Taylor, with Trevor Hairsine on pencil’s, Gigi Baldassini and Stefano Gaudiano on Inks, Rain Beredo on colors and Saida Temofonte on letters.