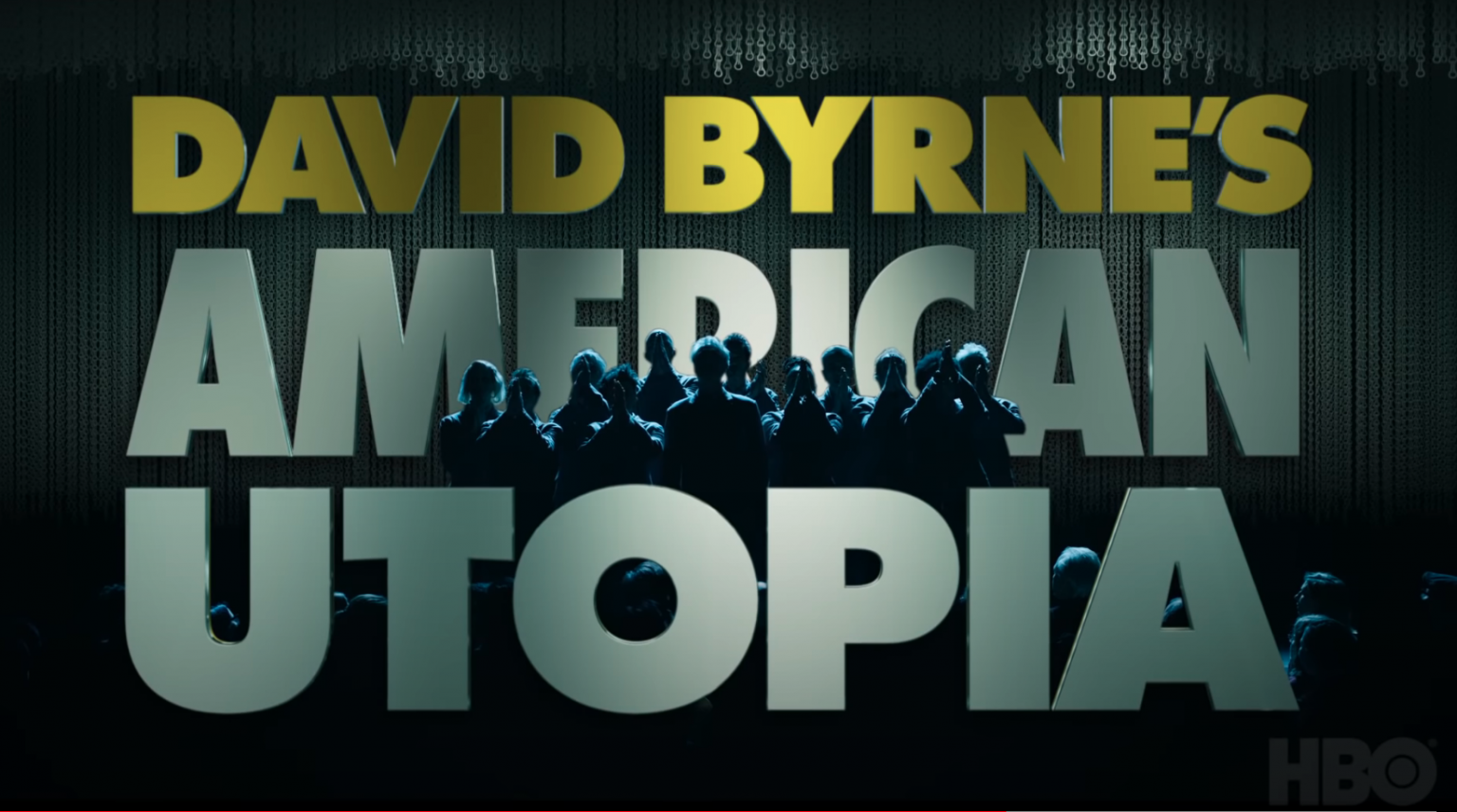 You can watch the trailer here, or scroll down for the embed.

DAVID BYRNE’S AMERICAN UTOPIA is one-of-a-kind, dynamic film that gives audiences access to Byrne’s electrifying Broadway show that played to sold-out, record-breaking audiences during its run from October 2019 to February 2020 at Broadway’s Hudson Theatre. In this unifying musical celebration that inspires audiences to connect to each other and to the global community, the former Talking Heads frontman and his band of 11 musical artists from around the world perform hits from across Byrne’s career, including songs from his 2018 album of the same name and classics like “This Must Be the Place” and “Everybody’s Coming To My House,” as well as a cover of Janelle Monáe’s “Hell You Talmbout.”

As Byrne and company sing, dance, and play their way across the glittering gray stage, they welcome audiences into a joyous dreamworld where openness, optimism, faith in humanity, and social justice are paramount. Peppering these musical numbers with brief monologues that help communicate his message, Byrne touches on various sociopolitical topics – police brutality, voter turnout, climate change, immigration – and challenges us to come together and grapple with these issues right here, right now. Finally, Byrne insists that we not only show up to the polls, but that we truly embrace the possibility of change. “Not just in the imperfect world out there,” he says, but in ourselves, too.