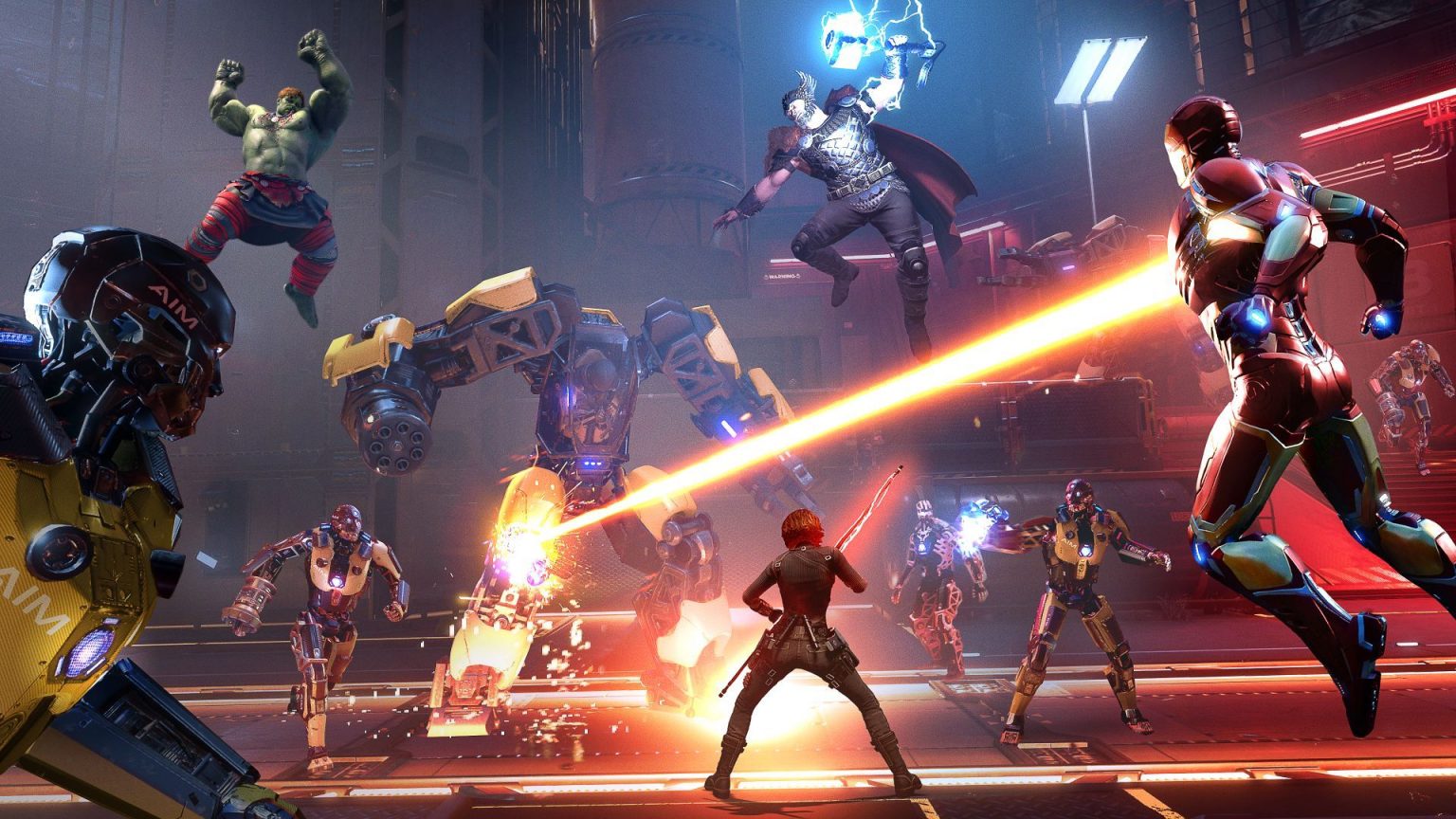 AAA Video Games are having a bit of an identity crisis right now. Some developers and publishers believe you can make money by releasing a game that’s just a single, well told story. Others believe that to survive in the modern market, you have to make a game that will keep pulling players in for years to come. “Marvel’s Avengers,” in open beta this weekend, dares to ask the age old question: Porque no los dos?

The beta we played, developed by Crystal Dynamics and published by Square Enix, contained a very small slice of the story. You will play through the opening mission and one from much later in the campaign. The action starts almost immediately, thrusting you into a battle between The Avengers and mysterious terrorists who are attempting to destroy the Golden Gate Bridge. The core MCU group, Iron Man, Thor, Captain America, Black Widow, and the Hulk are all here (except poor Hawkeye, but he’ll be joining the game at a later date.) In the second mission, you’ll play as Hulk and Ms. Marvel in a hunt through the jungle for an abandoned Avengers base.

The good news is that all seven heroes we had access to felt right. Each hero has a different mechanic to make them feel unique – Hulk, for example, can activate a “Rage Mode” that makes his punches heal him – and each makes you feel like you’re playing as a super hero. Some definitely feel better than others. Iron Man and Ms. Marvel are joys to play with, but Black Widow just feels underpowered, and Hulk plays clumsy and stiff.

The opening mission highlights the problems with each character as it moves from setpiece to setpiece. The Hulk isn’t fun for platforming segments, yet must do more of them than anyone else. Iron Man is really fun in wide, open spaces where he can zip around and blast his enemies – but this level confines him into tight, close spaces. Neither opening mission is really the best way to show off the game to new players, which is presumably what this beta was for.

However, the inbetween segments, where Ms. Marvel wanders around a dilapidated helicarrier, bantering with Bruce Banner and trying not to fangirl over actually being an Avenger, are fantastic. There’s one spectacularly acted cutscene between Troy Baker as Bruce and Sandra Saad as Kamala, and if the whole game is like that, I’m absolutely in for a roaringly fun, but deeply personal Avengers tale. If you’re a fan of Kamala Kahn, you really don’t want to miss this one.

But- and here’s where they have their cake and eat it too – the whole game won’t be like that. Once you’ve finished the slice of story they give you, the Wartable opens up, and you have freedom to choose from 11 different missions of different types. You see, Square Enix is developing a single player story game, and a games-as-service loot shooter (loot puncher?) at the same time. I haven’t played all 11 missions, but the ones I have played are fairly devoid of story and character. You simply run to the objectives, smash as many AIM agents as you can, and then run to the next, hoping to pick up one of a million different currency items along the way.

I played most of these missions solo, with AI assistance, and they were fun, but not life changing. They’re meant to be played as a group, with other players online taking the role of different Avengers and fighting alongside you. Matchmaking was available, and so we did play one level with a very excited young man who was playing the game to try and unlock some skins for Fortnite. That mission was a lot of fun, because the two of us were working together, bantering back and forth over voice chat, and punching supervillains at the same time.

That’s the end goal of the game, the same as Destiny, Anthem, and a hundred others like it. The hope is that you’ll get together a group of friends to regularly battle your way through, repeating the same missions over and over in search of sweet, sweet loot. And I don’t know yet if this game will hold up to that kind of extended play. I can see myself enjoying running through the single player campaign, or even doing it with friends. But when I think about the best group content in other games-as-service types, it’s always made me think about how to solve a problem, instead of just smashing it. And I’m not entirely sure “Marvel’s Avengers” will offer that, yet.

The beta released to the public on Friday August 22nd, and will be available to purchase for PC, PS4, and Xbox on September 4th.