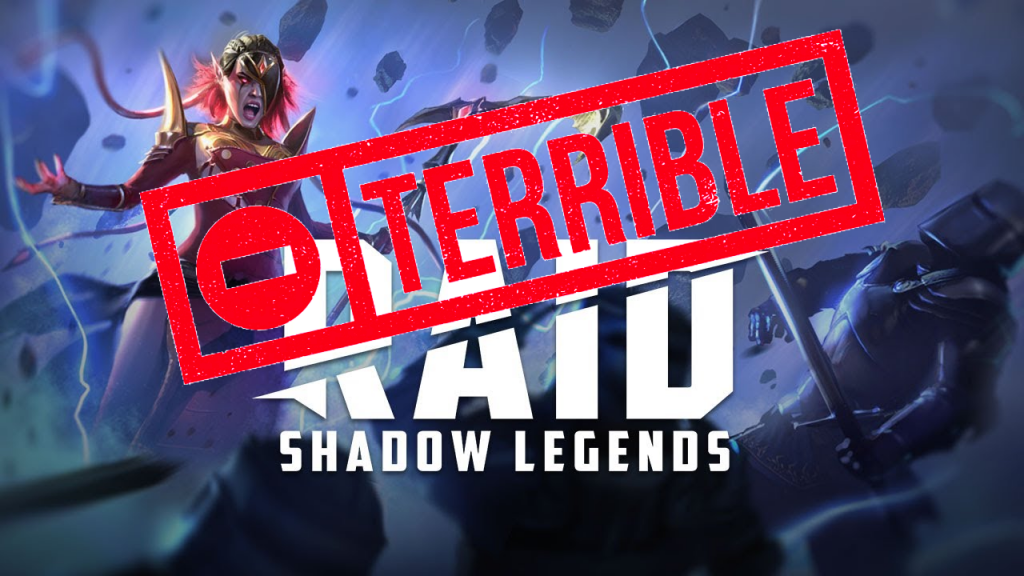 An Honest Review of ‘RAID: Shadow Legends’- ITS TERRIBLE

Mobile gaming has evolved. Modern smartphone specs now rival that of most gaming PC’s. Ram and Memory are increased, Graphics just as much; it seems that every day more and more mainline companies are contributing to this ever-changing genre of gaming. Gamers would assume that this market would focus more on single cost games like any other gaming service, however only few companies grasp that belief, while the rest focus on the Free-to-Play model.

If you’re constantly on social media, or follow any YouTube channels, then you’ve most likely heard of the turn-based mobile RPG, “RAID: Shadow Legends.” Developed and published by Plarium Games, the freemium game was launched on July 29, 2018 (also available at mod apk raid shadow legends); It wasn’t until 2019 when the makers implemented an aggressive marketing campaign by using online personalities and influencers. All ads had two main focuses in mind- Graphics and Community Play.

We here at Nerdbot like to keep an unbiased opinion when reviewing games, but any person can look at a given situation and immediately recognize issues when confronted. Let’s talk about the good first; Plarium really knocked it out of the park when it comes to the graphics of this game. They really understand how far digital art can be pushed on todays mobile phones. They’re clean, smooth and have virtually no lag.

Though the game has a built on an “energy play system” to limit game-play and increase micro-transactions, Plarium didn’t want to make that the reason to not play their game. Energy can be stacked way over the allotted amount. It’s used as a regular gift item so that you don’t have to fear not playing. Added with very regular rewards, you can really tell that Plarium wants you to stick around and perhaps (nudge, nudge) purchase some exclusive content.

The turn-based game-play is well thought out. Players are allowed up to a party of five playable characters. Classes range from a low-level fighter to a high-level sorcerer. If players want to have a party of barbarians with different classes, they can do that. Each character has it’s own unique traits, whether it be melee, ranged attacks or even special buffs to give the assigned team extra perks. Truly this game was very well thought out before production began, but this game has unfortunately given itself a rather large achilles heel.

R:SL has a linear story campaign where most play time will be spent. Farming levels and unlocking new equipment to level up is a necessary standard, but it’s all at a loss. The first issue is a minor balance one, rather than focusing on character levels and armor builds- Character strength is ultimately limited to a poorly executed “Rock, Paper, Scissors” type format. A lower level character can defeat a higher level character, just as long as it’s that opposing character type, but this is small potatoes compared to our most peeved of any gaming features. A feature so disgusting, it makes us sick. So despicable, even after deleting the game, still feel cheated and overall disappointed… “auto play.”

Now auto play is a feature utilized in most “Idle” style games. This feature can be, and has been utilized well. Take Yu-Gi-Oh! Duel Links. This mobile card game has main story campaigns and utilizes the auto play feature, however it is just meant to be used on the various NPC’s in the game. When it comes to the focus game-play such as the main campaigns, PVP and tournaments; auto play isn’t even an option. Players must be the person to draw those cards and execute those strategies. Though there are issues regarding balance in this game, it’s a topic for another day.

In R:SL auto play is not limited to basic farming quests. The feature exists and is used in the main story campaign. More so, the feature was added into the games PVP system. Sure, players could just avoid using this feature, but the games AI does such a great job winning and performing tasks; it does not make sense to play the game on a manual setting. Since the games initial debut, Plarium has introduced a “high speed” mode, where after tapping auto play the game goes at double the speed so that players don’t have to wait to move on from the current level. This feature is such a horrible integration that the overall game experience is, well ruined.

RAID: Shadow Legends is a game that absolutely deserves praise for its graphics integration and over all advertising. However, the inclusion of the auto play feature ultimately removed all joy from our experience and just left an almost insulting taste on our senses. This game should never be anybody’s go to for an enjoyable experience and readers would be better off playing something more challenging and hands on.

We suggest playing some of the games that we have already covered which can be found here, because this game, truly, is just terrible.