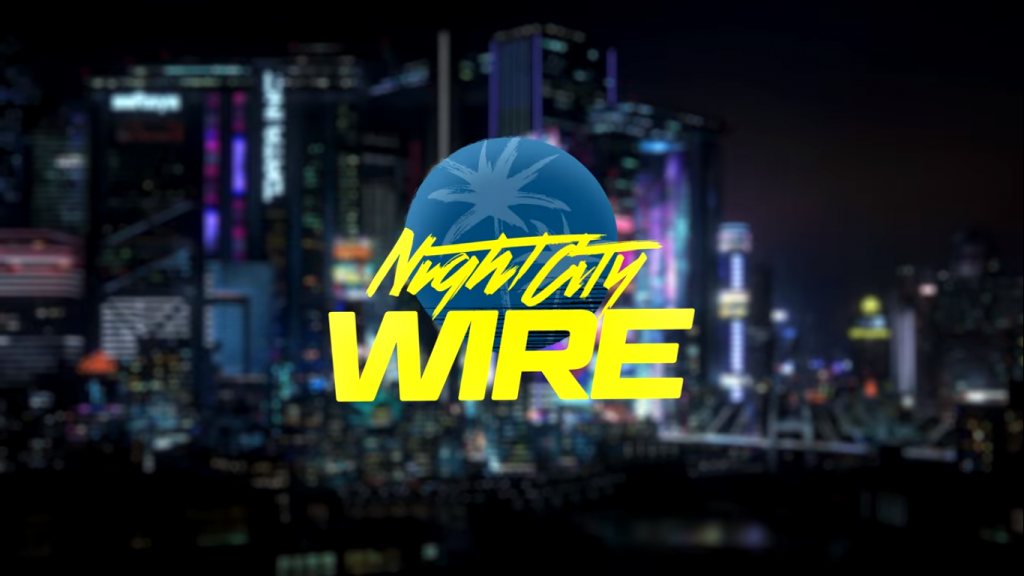 Hollie Bennett was back today to host episode two of Night City Wire. Each Night City Wire presentation introduces players to new and exciting elements of CD Projekt Red’s upcoming title “Cyberpunk 2077.” Today’s episode introduced us to life paths, the band Samurai and some of the weapons players will wield across Night City.

First and foremost, players will have to select a life path for their character before beginning their journey. There are three life paths to choose from: street kid, corpo or nomad. According to quest design coordinator Philipp Weber, the life path you select will significantly alter the experience you will have in the game. Each path has its own unique start and changes what knowledge you have available to you. For instance, if you select the street kid path then you will be familiar with the layout of the city and the gangs that occupy it since you have been raised in Night City. Primarily, you will see the influence of your life path through unique dialogue options that reflect the knowledge and skills of your character. A street kid will know more about available drugs while a corpo may be better at business deals.

Next up, the presentation shifted to a discussion of Dennis Lyxzen’s transformation into Johnny Silverhand. Dennis is the lead singer of Swedish hardcore punk band Refused. Dennis and his band wrote the music for Silverhand’s band SAMURAI. They emphasized a tone of anti-disestablishment that occupies both the game and their real life music. Johnny is all about raising people up and defying the system in Night City, so it only made sense for a punk band to bring that music to life. Three of SAMURAI’s tracks you will hear in game are available on streaming services now. A fourth track, titled A Like Supreme, became available on streaming services earlier today.

Finally, the presentation turned to various tools of destruction players will wield throughout the game. We see the sniper rifle Tsunami Nekomata, the shotgun Carnage, the submachine gun TKI-20 Shingen, and melee weapon Thermal Katana. We also see various pieces of cyberware that you can modify your own body with such as Mantis Blades, Gorilla Arms, and the Projectile Launch System. Pawek Kapaka, senior gameplay designer, talked about how your choices are virtually unlimited when it comes to tech to choose from in “Cyberpunk 2077.”

There are three distinct types of guns available in the game: power weapons, tech weapons and smart weapons. Power weapons can ricochet bullets to hit enemies that are hiding. Tech weapons use electromagnetic power to propel metal projectiles at high velocities so they can travel through walls and cover. Meanwhile, smart weapons use guiding missile technology to track targets in real time. As you play, your character will become more proficient with these weapons. Additionally, there are two types of modifications you can make to your weapons. First, there are attachments such as silencers and scopes that you can see on the weapons. Second, there are software mods that you insert into your weapons to change their statistics. You will undoubtedly find the perfect weapon for you.

Night City Wire: Episode Three will be coming soon. You can watch the entire presentation here.