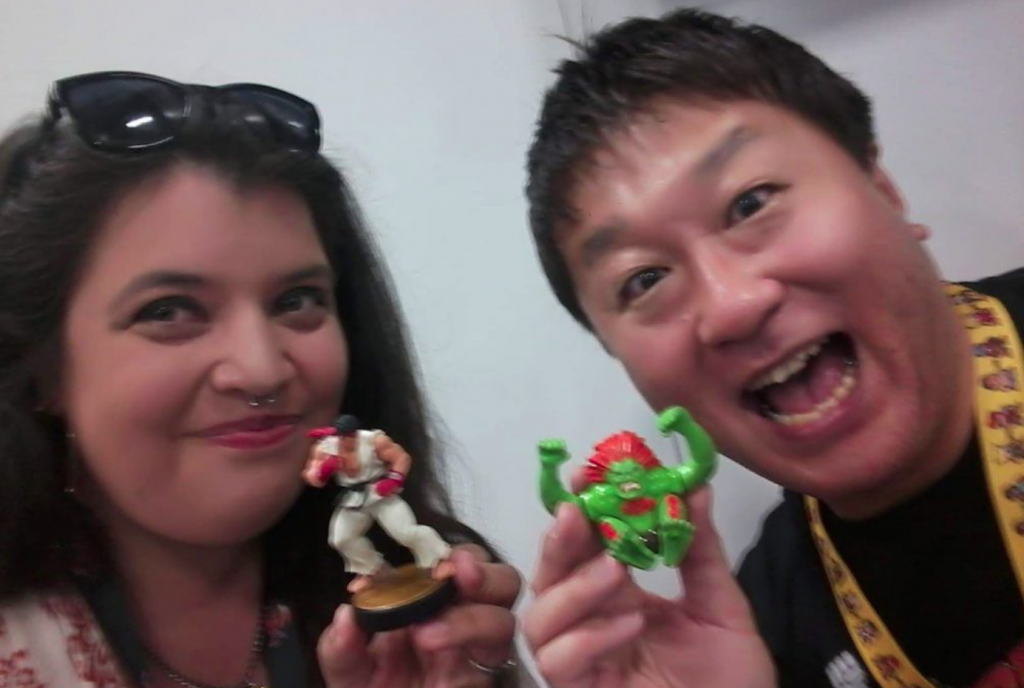 For as long as I have been alive I have been a fan of Street Fighter it has brought me many memories. For my husband it has brought him the FGC community and friends from around the globe. But there was one face for almost 30 years who has brought us many years of happiness, his name is Yoshinori Ono. Well to most he was Ono-san the man, the myth, the legend.

He has been with Capcom producing Street Fighter since 1998. The warmth and energy he brought in year after year is undeniable. When watching his vision come, tournament after tournament you can sense the pride that this man holds. Hell, he even brought Ricki Ortiz (a well known professional fighter) on the side to tell her that he was going to buff Chun Li for him, WHO DOES THAT? I will never forget the Evolution when I met him for the second time, and asked if he could sign my Ryu Amiibo.

Today however we received the sad news via Twitter.

“I’ve been with the Street Fighter brand for a long time, experiencing good times, bad times, and even non-existent times,” Ono said. “My heart is filled with appreciation to those players who’ve been giving warm and kind support on the brand especially little over the past decade or so as all the activities on the Street Fighter brand regained sunshine and grew its liveliness.”

“And now, after serving almost 30 years at Capcom, I am leaving the company in this summer. This means that I will resign my position as the brand manager for Capcom’s various titles including Street Fighter.”

This comes as a shock to all of us as they just announced the next season of fighters for Street Fighter. Ono literally gave everything to this company. He even was found passed out and taken to the hospital for fatigue and was told to take a step back. We all wished him the best and he thanked us all for it.