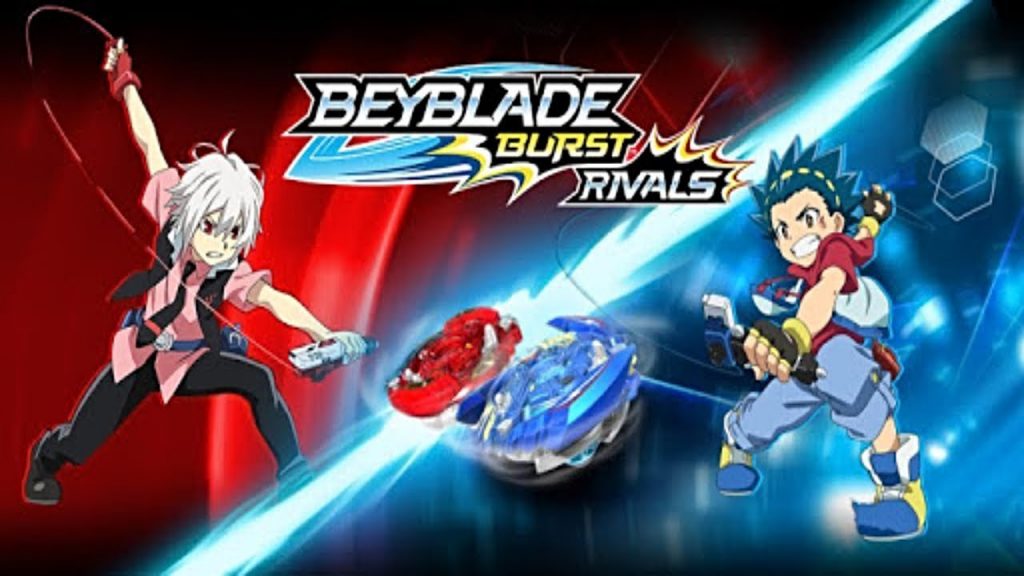 Originally launched in Japan in 1968 as a children’s toy, Beyblade captured a young audience with its animated series in 2002 of the same name. Beyblade toys were meant to be customizable from the beginning, and its future iterations would only add to its ability to change making it a toy brand that can be compared to a standard trading card game.

The creators were inspired to bring back an element of their childhood when they would play with “beigoma;” a Japanese game involving small metal tops that you can add wax or even lead to customize its weight distribution. In 2015 the newest addition to the Beyblade anime was created. “Beyblade Burst” sought to bring a more competitive atmosphere to its series, sparking a new generation of “Bladers.” As a result of the series success it was only a matter of time until we saw a video game. The question on everyone’s mind however was “How do someone make a video game, about tops…?” and the answer was a quite clever one.

Partnering with developers Epic Story Interactive, “Beyblade Burst Rivals” was launched in 2016. Initial reviews were… ok at best, however since its launch ESI has continued to evolve and make the game even better with every update. The current (and probably not final) result; a strategy-based match 3 game. Although that probably doesn’t sound amazing let me explain why it actually is.

The Initial tutorial is a small campaign. It does feel a bit tedious, but it was created this way so that players fully understand what they’re jumping into. We start with the tile matching process, at first you think that this is just another Bejeweled clone but it’s far from it. Players are matching tiles, BUT can move tiles to any location on the board, (Corner to corner, middle to the top, ect.) and this is important because each tile has its own unique quality skill.

Matching certain tiles activates abilities in each individual Bey, Blue attacks the opponent’s health meter, Yellow attacks and gives stamina, and Green attacks defense. Each Bey also has certain unique tiles that can unleash a finisher type attack, but this can only be accomplished if a player collected that Bey’s matching avatar. Matching each tile combo adds to the Beyblades actions. There is no limit to how many actions a players Bey can make, but players are only allowed 10 seconds. Gamers and there opponents will each get 10sec. in between rounds to match as many tiles for damage as possible. There are three total rounds, best of those three wins the game.

On an early battle of the tutorial you will be taught about team building. Each Bey can be upgraded for larger battle meters. When players build a team they pick a series inspired character; players are allowed up to three Beyblade’s on their roster. These three are crucial because the battle system runs on a rock, paper, scissors format; Attack, Stamina, Defense. It’s important to have one of each. When playing the campaign modes, players will immediately be told which Bey on the roster will be best. When it comes to Multiplayer battling, players go in blind, but don’t let that be discouraging.

Each Bey has certain advantages and disadvantages with its Bey type, and this throws the rock, paper, scissors format of the game into a new field. Even the opponents Bey has a strong advantage, players can target that Beys disadvantages to win. Doing this makes players really think about the tile combos that they’re putting out. Rather than matching tiles in a random pattern, players will be forced to remember which tiles do the most damage to their opposition. At the same time trying to match tiles that will strengthen their Bey’s weaknesses.

This game was not created with micro-transactions in mind. Players obtain coins and gems through winning Bey battles; alternatively players can get even more coins at the end of a match by simply watching an ad. Players can get new Beys, characters and avatars from loot crates that you win during the campaign play, doing daily missions or even buying them with the points that they have earned. The only micro transaction available are just for the impatient and the die hard. Players can pay a few dollars to get specific Beyblades from the animated series, avoiding the blind draws of the loot boxes. Most of the developer income comes from clickable ads and small purchases.

Final thoughts- we think that this is a good game. The time crunch combo making, paired with they upgradable Beyblade system make this pretty enjoyable. Main gripes are wishing that the Beys were more customizable, and the ads sometimes do get in the way. We hope that a future update provides the option to customize the Beyblades further, just like we see in the animated series; also the option to purchase an ad free experience. This game is about an animated series based around tops, and it’s done well. Let it rip.