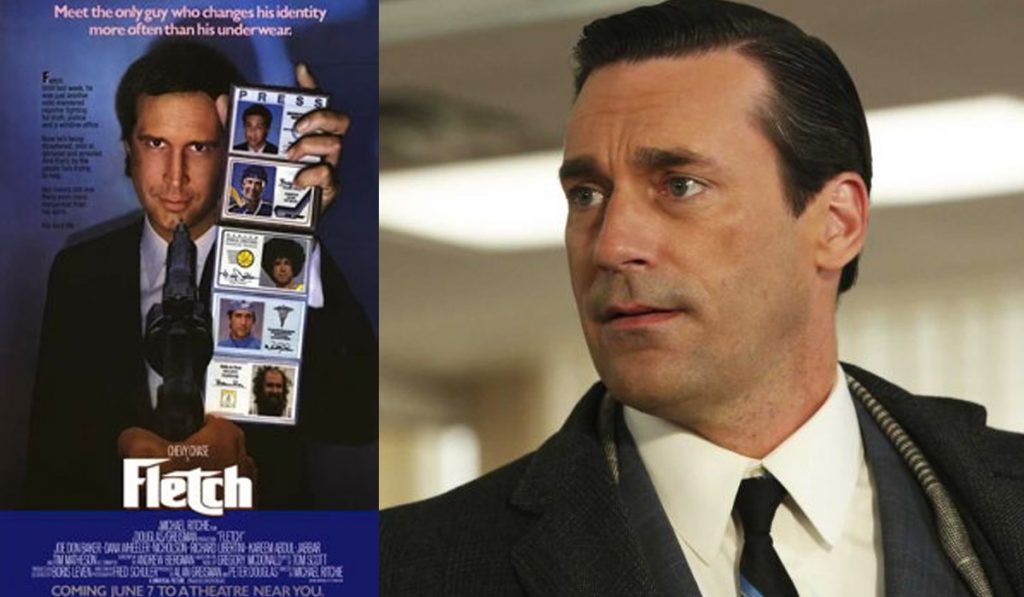 “Fletch” Remake in the Works With Jon Hamm

A remake of the 1985 classic film “Fletch” is in the works form Miramax. Originally the film starred Chevy Chase as an investigative reporter working for the Los Angeles Times who was hired to kill a millionaire. The millionaire was the one who hired him and things go south when Chevy finds out that he is not really sick like he had said in the initial hiring contract. Set to play the lead role is Jon Hamm who will also be producing.

The story would be based on the second novel in the “Fletch” series written by Gregory McDonald called “Confess Fletch.” In a mysterious chain of events, Fletch finds himself in the middle of multiple murders — one of which pins him as a prime suspect. While on a quest to prove his innocence, Fletch is tasked with finding his fiancée’s stolen art collection, acquired after her father goes missing and is presumed dead.