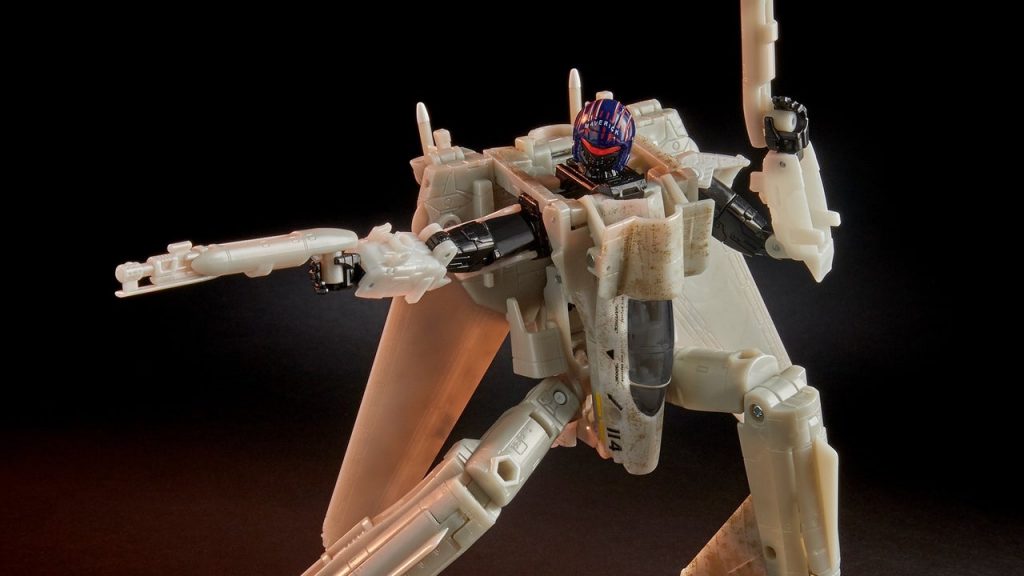 Transformers, “Top Gun: Maverick” Pair up for New Figure [He’s got a Volleyball!]

Just when you thought the best pairings of films and toys were behind us, [not you, “Battleship,” we’re still holding out for “JENGA,” a film more wooden than the actors in it] Hasbro announces this little gem. Meet new Autobot Maverick!

You can see the full gallery of the new Transformer over on IGN’s website here.

Maverick is based on a classic F-14 Tomcat, and even comes with a damn volleyball. Seriously, we can’t make this up!

If you think it’s odd to have Transformers and “Top Gun” do a joint release, let us remind you that Goose’s son was playing with Starscream in the original film, and that Miles Teller is playing the grown-up version of him in the new Paramount Pictures release film.

Starting at 10am PST July 13th 2020, preorders for Maverick on the Hasbro Pulse website go live.