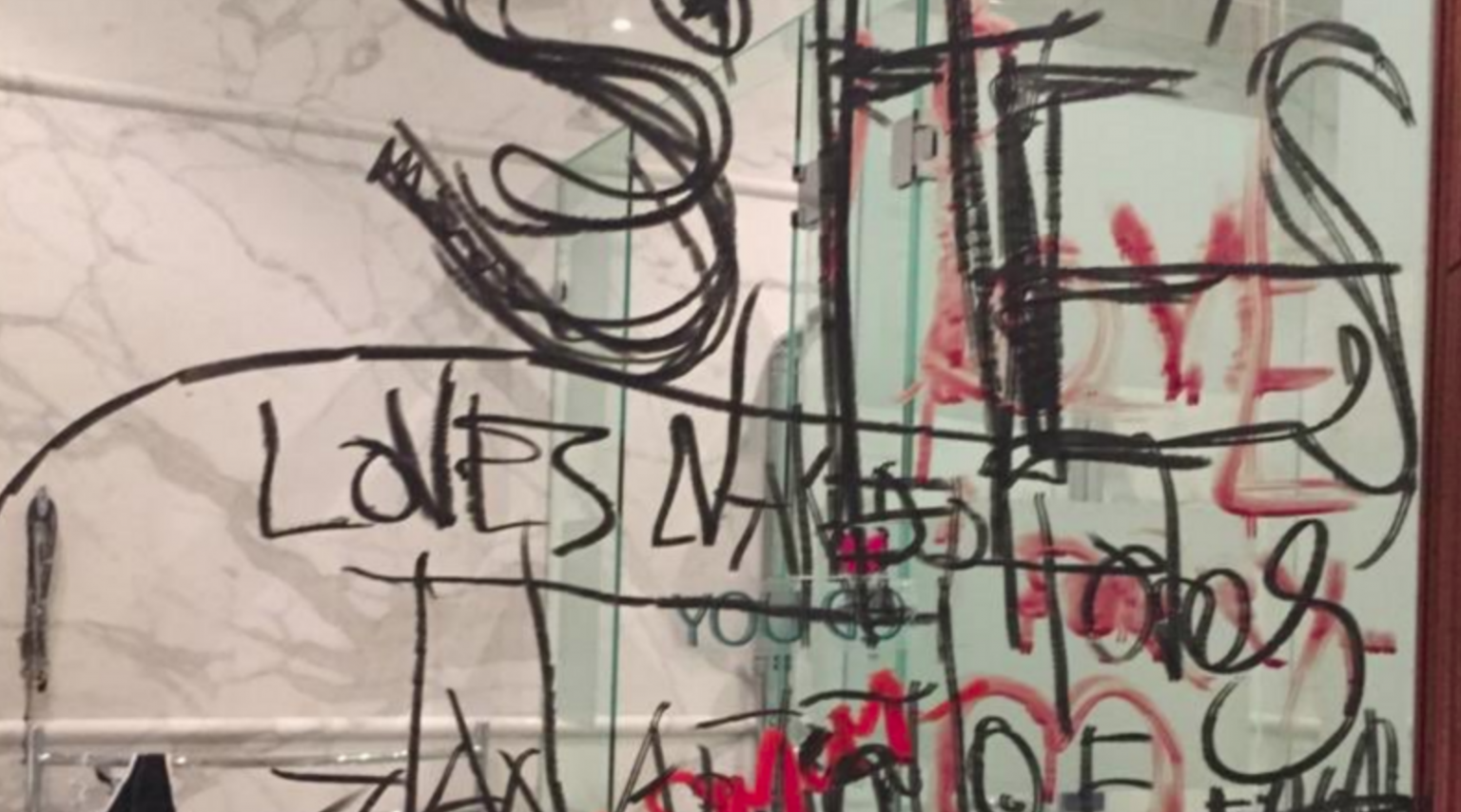 Cropped image of one used in court
Celebrities

In a lawsuit that just won’t end, there have been many things going on between Johnny Depp and Amber Heard that you wouldn’t expect to hear. And when I say that, I mean things so out of the ordinary that you’d think we were lying. I for one thought that the graffiti on the mirror was done in lipstick before reading that Johnny admitted to it in court.

This happened on the night that Amber Heard allegedly sliced off his finger with a broken vodka bottle. She later said that it wasn’t her fault and that he had done it while drunk and high.

Depp says that the graffiti was made in a temporary moment of insanity. When he realized that the bone was exposed he was in “considerable pain” and thought that this would be the end of his relationship. Leading him to want to leave her messages in blood, marker, and paint.

“This is a message to her – good luck and be careful…in reference to her ambition to be a big star.”

“When I realized that the tip of my finger was missing, pouring blood profusely, tip of the bone sticking out, I believe I went into some kind of breakdown, some species of nervous breakdown. It was the end, I couldn’t live,” he told the court.

This case is ongoing, and it’s sad to see anyone having to go through this. But breakups are hard no matter how you slice it (no, I wasn’t trying make a finger pun). This whole debacle has just been on a very public scale and while we want to ignore it it’s hard to look away. The case is ongoing. More updates to follow.