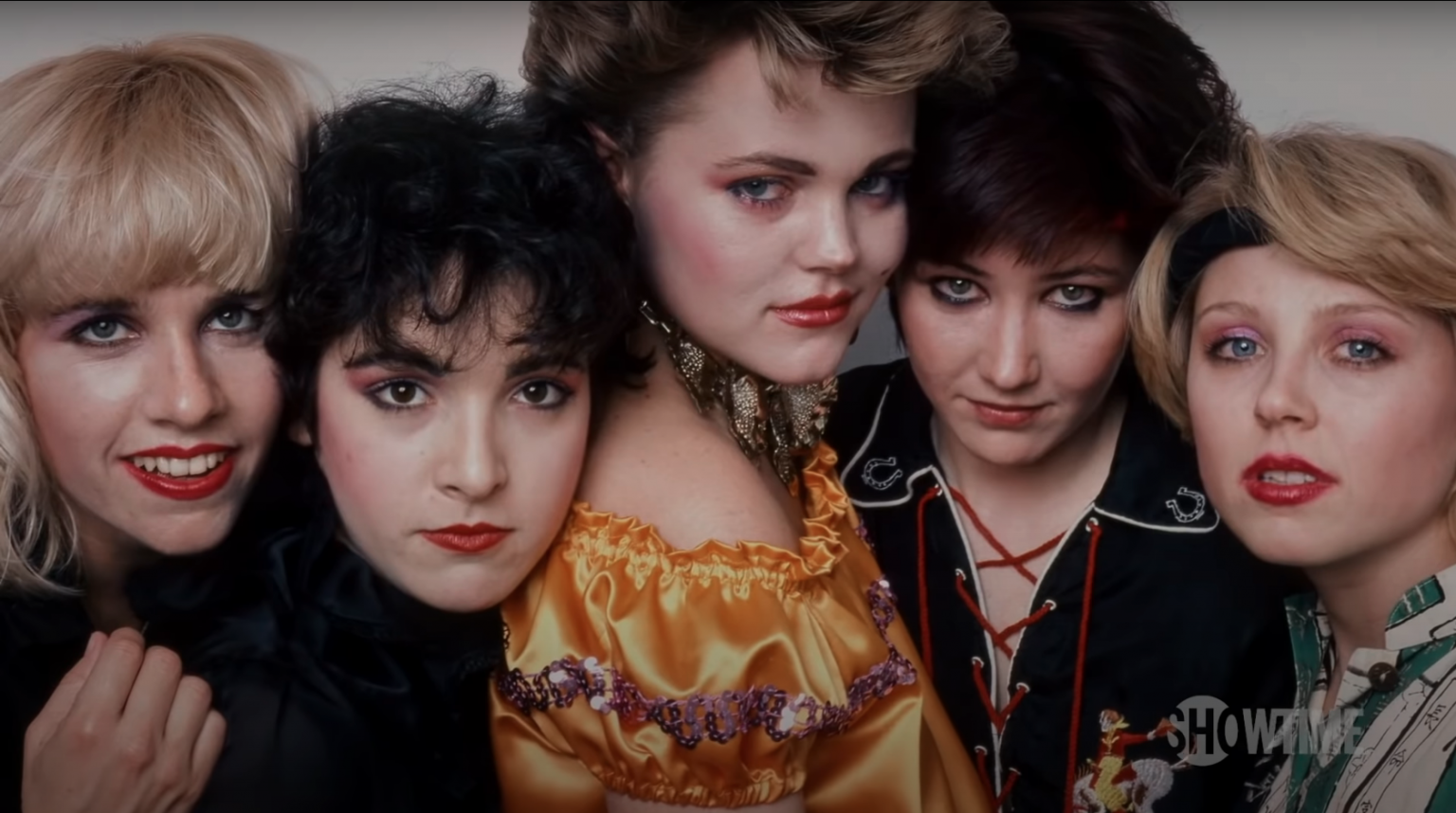 If there is one all-female band we love, it’s The Go-Go’s. What’s not to love about this hardcore punk band and their morph into a squeaky clean image for MTV’s crowd? The ladies never lost their edge, and maintained their artistic integrity throughout their heyday. That’s not to say they still aren’t amazing now, because they most assuredly are.

This brings us to the official release by SHOWTIME of the upcoming Alison Ellwood-directed documentary titled simply, “The Go-Go’s.”

The Go-Go’s are rooted in music history as not just a pop phenomenon but groundbreakers as well. Born out of the L.A. punk scene, Charlotte Caffey (lead guitar, keyboards and vocals), Belinda Carlisle (lead vocals), Gina Schock (drums), Kathy Valentine (bass and vocals) and Jane Wiedlin (guitar and vocals) didn’t play the part of bad girls – they were genuine punk rockers. Their 1981 debut album Beauty and the Beat, featuring the hits “Our Lips Are Sealed” (one of Rolling Stone’s Top 100 Pop Singles) and “We Got the Beat,” was one of the most successful debut albums of all time, No. 1 on the Billboard charts for six consecutive weeks and resulted in a Grammy® nomination for Best New Artist.

Formed in Los Angeles in 1978, the original lineup of the band (1978–1980) consisted of Belinda Carlisle (vocals), Jane Wiedlin (guitar, background vocals), Charlotte Caffey (lead guitar, keyboards and vocals), Margot Olavarria (bass), and Elissa Bello (drums). Carlisle and Wiedlin, along with Gina Schock (drums, percussion, vocals) and Kathy Valentine (bass, vocals) make up the band now, who were supposed to be touring in the summer of 2020. But. You know. Pandemic.

The Go-Go’s will drop their first new recording in nearly 20 years called “Club Zero” on July 31st via UMe ahead of the documentary’s release.