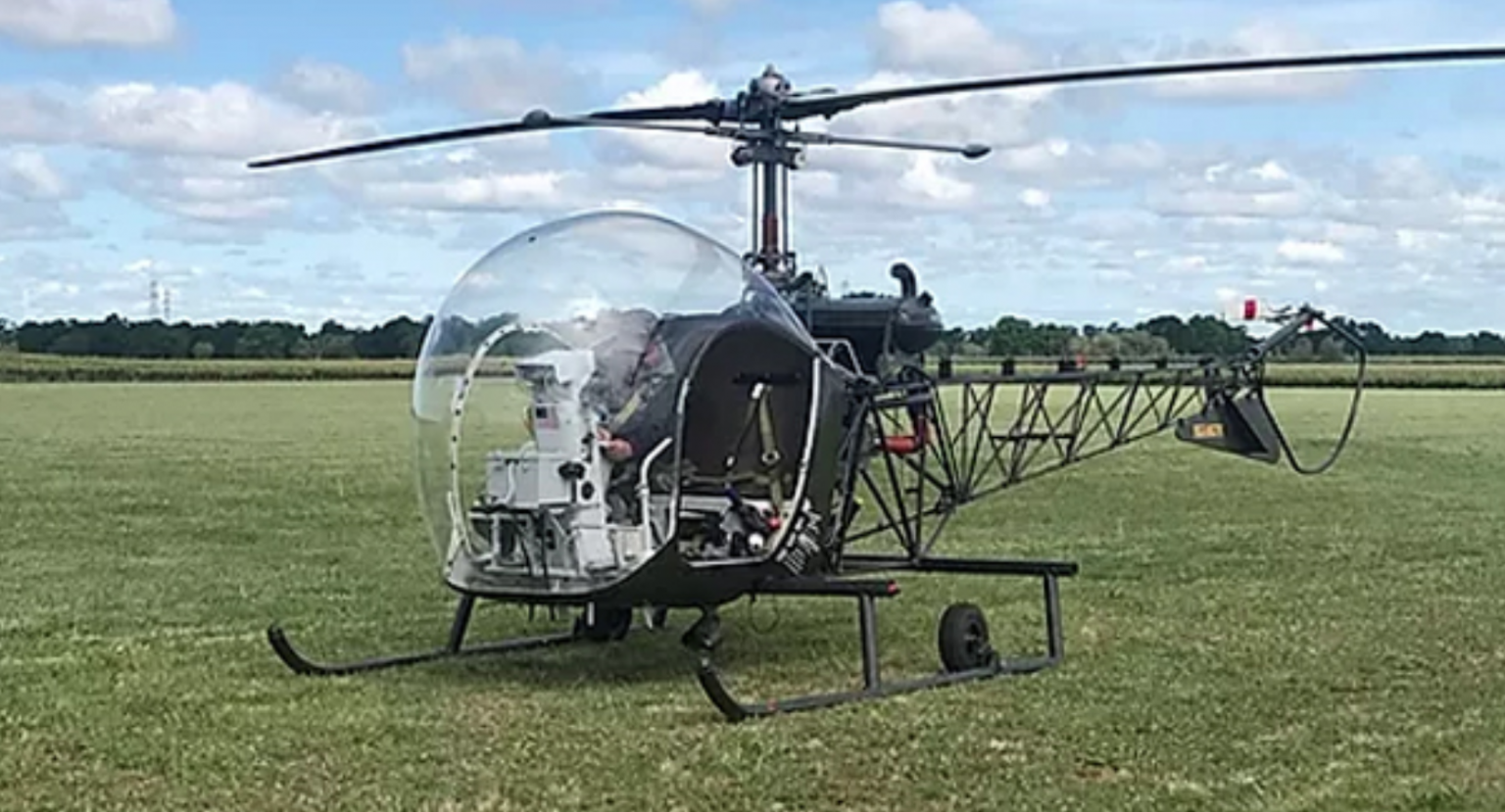 Screen-Used Helicopter from “M*A*S*H” Up For Sale

One of the most exciting things for me at conventions is when they roll out the different screen used cars. It’s always a delight to see some of the actual vehicles that were used for filming. And part of the reason why we get to see them is because people will buy them when they go up for sale. In this latest listing we find the 1951 Bell 47 D-1 S/N 263 (N5167V). It was a screen used helicopter for the show “M*A*S*H.”

Currently it is being housed in Reno, Nevada but that could change should they find a buyer. It is make your own offer as of now.

Built in July 1951 originally it was meant to be used as a helicopter trainer for the U.S. Navy. It was used until 1958 when it was surplussed out of the Navy and purchased in 1972 by Adrian Grieve. Adrian Grieve owned and operated “Pathfinder Helicopters” in Riverside California and he rebuilt it so that it would meet all flying specifications. He received a certificate in 1973 saying it was airworthy.

S/n 263 was used in various action movies. Its most notable role was starring in the hit television show M*A*S*H.

In the opening scene where two helicopters are flying formation, 263 is closest to the camera, In the second scene, 263 is the second helicopter on approach to the landing pads. During the ten years that M*A*S*H was filmed, 263 was utilized many times both as set dressing and in flying scenes.  263 was utilized in the final departure scene of the final episode, one of the most watched TV episodes of all time.

​When filming ended it was used as a crop duster and it was just recently restored to it’s original “M*A*S*H” tv show configuration.

This is one of those things that would be really cool to own, even if you did just cart it around to different conventions to show it off. M*A*S*H ran for 11 seasons and showed the darkest side of the war in Vietnam. It was one of the most highly watched shows of it’s time and still competes with many shows today as far as viewership goes.

Check out the listing by clicking the link here.